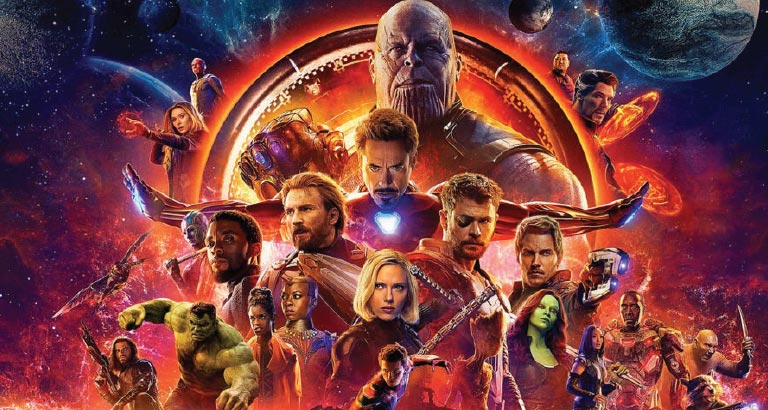 While the Avengers and their allies have continued to protect the world from threats too large for any one hero to handle, a new danger has emerged from the cosmic shadows: Thanos. A despot of intergalactic infamy, his goal is to collect all six Infinity Stones, artefacts of unimaginable power, and use them to inflict his twisted will on all of reality. Everything the Avengers have fought for has led up to this moment – the fate of Earth and existence itself has never been more uncertain.

This is a blockbuster film that’s been 10 years in the making, its plot hinted at and scattered throughout 18 other movies in the Marvel Cinematic Universe. It features 30 or so characters, each with their own complex backstories and motivations. It sounds ridiculous, and feels impossible.

But that’s precisely what makes the final product such a monumental achievement. Masterfully directed by Anthony and Joe Russo, Infinity War is bold, brainy filmmaking at its very best: the kind that will lift your spirits, blow your mind and shatter your soul – occasionally in the same scene. It demonstrates on an epic scale what Marvel has known all along: that special effects and tightly choreographed action are there to serve the story. For all its blockbuster spectacle (and there’s almost too much of that), the film works because it’s anchored by the heart, humour and humanity of its characters.

Isle of Dogs is a stop-motion-animated film written and directed by Wes Anderson. It journeys through an outbreak of canine flu in Japan which leads all dogs to be quarantined on an island. A boy (voice of Koyu Rankin) journeys there to rescue his dog Spots (Liev Schreiber), and gets help from a pack of eccentric canines who have also been exiled.

Two parents (John Krasinski and Emily Blunt) do what it takes to keep their children and soon to be new-born safe in a world full of creatures hunting every sound they can hear. Not a sound can be heard from the family hiding in silence, but all it takes is one noise and everything can go wrong.