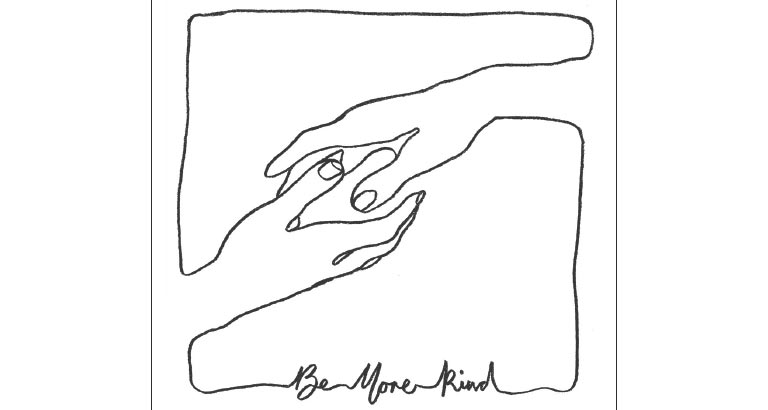 Verdict: Another superb release from the British star.

After 2011’s England Keep My Bones, British singer-songwriter Frank Turner got himself in trouble with punters for allegedly trashing the political left as his platitudes toward libertarianism – which he later defined as “classic liberalism” – came to the fore. The backlash, albeit predictable, was cause enough for Turner to abandon politics in his music to focus on personal issues on 2013’s Tape Deck Heart and 2015’s Positive Songs for Negative People. Given recent historical developments such as the 2016 American presidential election, Brexit, the rise of white supremacy, fascism, and general intolerance, he’s returned from the sidelines and entered the fray.

Throughout Be More Kind, Turner exhorts listeners to practise compassion and kindness because, in doing so, we create a stand against hatred. Be More Kind is musically inventive in its use of punk, folk, soul and electronica but deceptively simple in its message, which is as complex as the times we live in. Standout track is 1933, where the blasting guitars and clattering drums underscore its observant urgency. Punk and soul meet as horns and layered backing vocal choruses meet the hook and burn of popping snares, hi-hats and punchy six-strings.

Singularity is the proper follow-up to Jon Hopkins’ 2013 breakthrough Immunity, a spellbinding album of highly intricate, glitchy techno which nevertheless felt organic, and even classical at times. Like that album, Singularity is filled with frayed feedback, skilfully crafted beats and gentle piano melodies, as well as the occasional breathy vocals. This time out, there seems to be an extra shot of adrenaline added, and the album seems to reflect a deeper spiritual quest, both inwards and outwards.

While Barron has never sounded anything short of virtuosic, his skills have only deepened over the years. He commands the album, framing his musicians with richly textured chord voicings one minute, and launching into evocative improvisational asides the next. What’s particularly refreshing is how immediate and of-the-moment the album feels. Concentric Circles is the sound of a jazz master continuing to push forward, buoyed by his bandmates and the lessons of the past.

DJ Koze, always viewed as a vastly underrated figure on the techno scene, manages to push his sample manipulations further over the edge than before, with shredded, vocal mutations popping up all over the place, even on some of the album’s most dramatic songs. This lends itself to a very strange dynamic. Bonfire is framed around a sample from Bon Iver’s Calgary, which is seemingly mocked by dripping beats, malfunctioning CD noises and lumbering, growling bass eruptions. It sounds funny and preposterous, and amazingly, it works, just like the rest of the album.