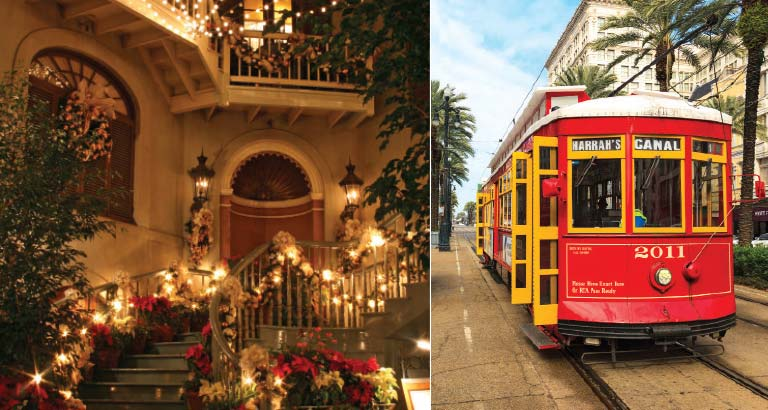 If you’re a fan of good jazz or really just love a party, New Orleans is the place for you.

Sitting along the mighty Mississippi River, you could be forgiven for first thoughts turning to the devastation caused by Hurricane Katrina in 2005, which saw an estimated 80 per cent of the city flooded. But, the French Quarter, considered the historic heart of the New Orleans, escaped more or less unscathed, being the only part built on slightly higher ground.

And it’s here you will want to spend most of your stay. From the gorgeous French and Spanish Creole architecture to the unique foods and nightly street performances, this is the place to get a taste of old New Orleans.

Stay close to, but not on, Bourbon Street (unless you love an all-night party, pretty much every night). There is always something happening and if you go during Mardi Gras – which runs for two weeks in the run-up to Easter – you will witness huge colourful parades, balls and lots of other events.

But, if you can’t make Mardi Gras, don’t despair as there are impromptu parades throughout the year with visitors and locals following roving performers as they play up and down the street.

Preservation Hall Live New Orleans Jazz nightly shows are a must. The hall is s a bit crumbly and derelict looking, but the music is oh so good. You’ll also see plenty of street performers, some good, some even better and, if you fancy some great jazz accompanied by great food, head to Frenchmen Street, where some of the posher restaurants are to be found. 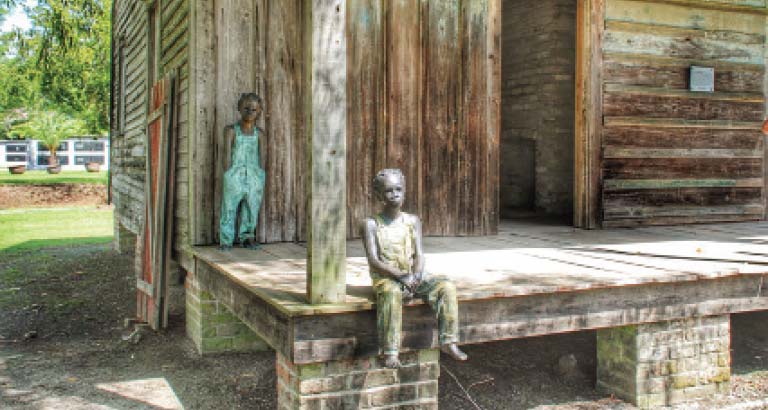 Food is a big thing, virtually every corner is home to a restaurant of some sort. There is plenty of good ‘ole’ southern-style cooking but you may want to ask them to go easy on the cheese – it seems to have found its way into almost every dish in mountainous quantities.

Work off the calories by taking a twilight walking tour to hear all about the many ghosts of New Orleans – one of the most famous is a Middle Eastern sultan, who took up residence in one of the town’s finest houses only to be massacred, along with his whole household, one dark and stormy night!

Visitors should also pay a visit to the St Louis No 1 Cemetery to the tomb of Marie Leveau, the area’s most famous Voodoo practitioner. While you’re there, check out the future-proof pyramid tomb of movie star Nicholas Cage! Do note though, this cemetery can only be entered with an official guide – to stop people damaging tombs of the supposed Voodoo community. 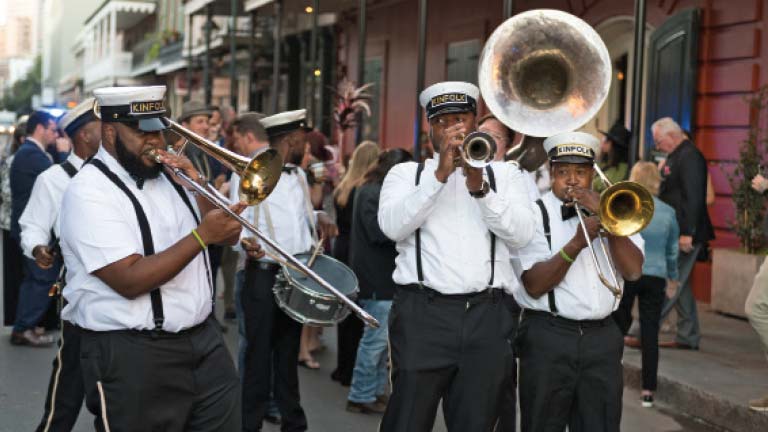 Outside of the city the Whitney Plantation Tour is really worth a look. It is the only plantation tour focussing primarily on the lives of the enslaved people. It features restored buildings and some stunning sculptures as well as a memorial wall of honour bearing the names of more than 100,000 slaves and snippets of their stories.

And, of course, no trip to New Orleans would be complete without a swamp tour – just look out for the alligators!