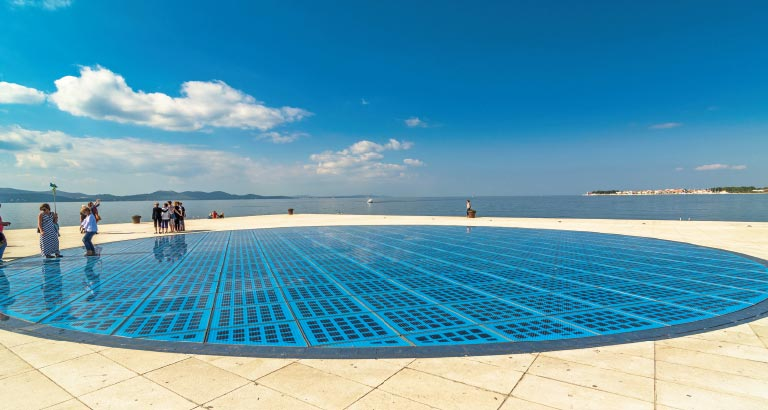 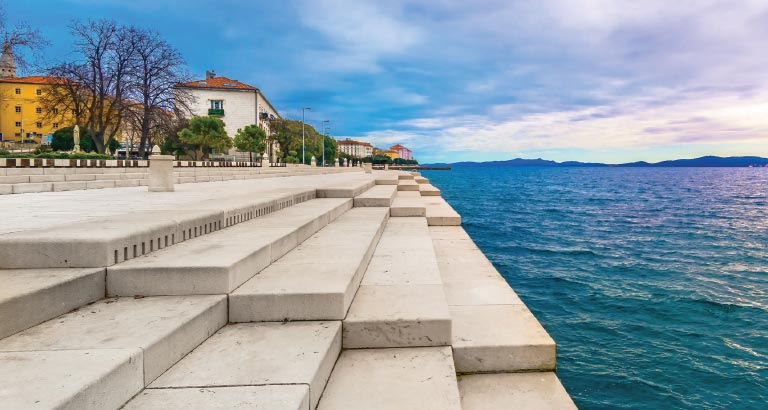 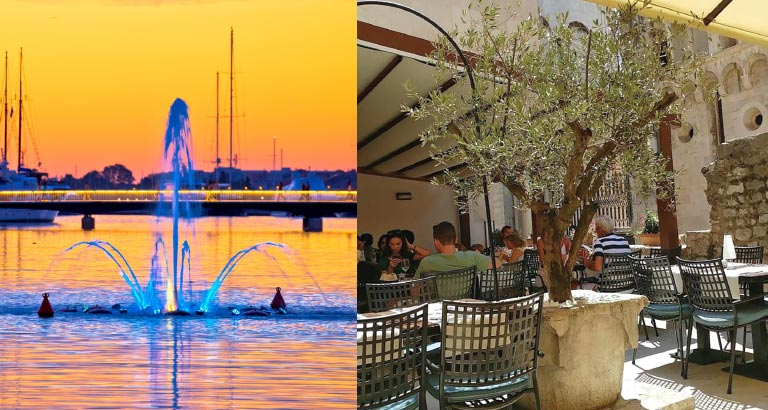 Situated on the Adriatic Sea, Zadar is Croatia’s fifth-largest city, but also one of its most historic. In fact, its past is somewhat turbulent, having crumbled by the fifth century AD and then been further devastated by an earthquake. Zadar has seen foreign conquerors, natural disasters, occupation, but, impressively, a great deal of reparation from which it has now blossomed into a lively hidden gem of Croatia.

During Alfred Hitchcock’s travels in 1964, he wrote: “Zadar has the most beautiful sunset in the world, more beautiful than the one in Key West, in Florida, applauded at every evening.” Still relatively undiscovered, Zadar offers more than just its beautiful sunsets.

On the western point of the Zadar peninsula is artist Nikola Bašić’s fantastic monument Greeting to the Sun, a 22-metre glass disk layered with solar modules underneath. These and the chrome rings surrounding the ‘sun’ absorb light energy and work as a small solar powerhouse. But that’s not all, they also produce a show of light that radiates a rainbow hue and the attraction is used as a public dancefloor 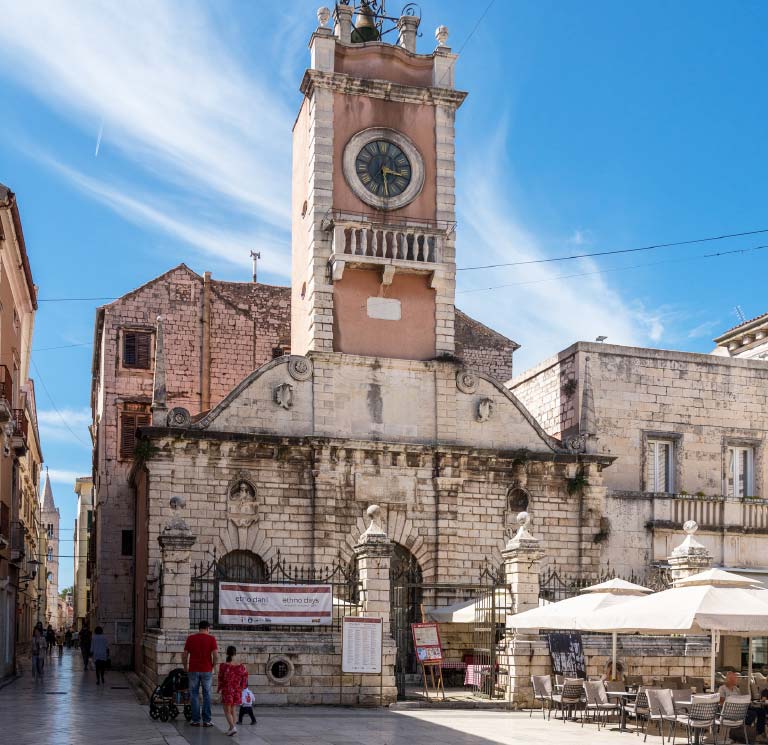 Craving a beach getaway? One of Croatia’s only white sand beaches is Saharun, a short ferry ride from Zadar and pleasantly empty during the late summer months. If you’re wowed by Hitchcock’s praise for the sunsets of Zadar, amplify the experience of watching one by the turquoise shallows that only seem to go a deeper and deeper blue stretching out from Saharun.

Stroll through the Old Town of Zadar and breathe in the spirit of its antiquity while joining in the lively nightlife at The Garden lounge bar. Grape is part of Croatia’s history, with production dating back 2,500 years, so you might enjoy a popular drink known as gemišt which combines white grape and soda or Bevanda which is based on red. 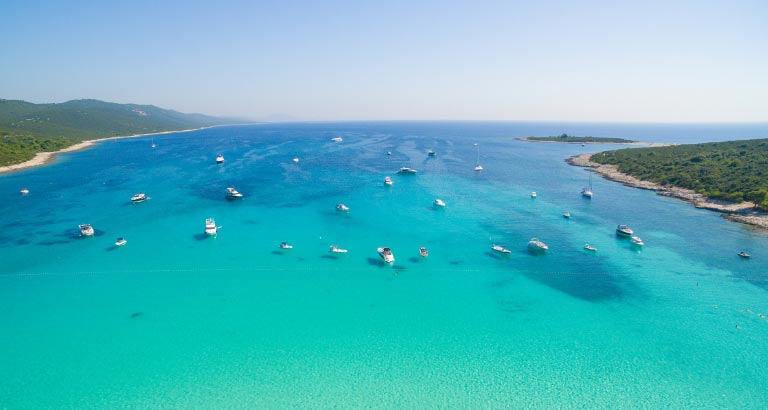 Feast on Zadar’s seafood cuisine at the trattoria-style restaurants within its ancient walls. These include: Restaurant Groppo, Kornat and Bistro Gourmet Kalelarga, the latter also serves some excellent gastro dishes and grape pairings.

The waterfront promenade, Riva, plays ‘music’ that is really the sound of the waves pushing air through underwater pipes which run along it. Also a work of Nikola Bašić, this mesmerising attraction is called the Sea Organ. It’s a treat to visit as the sun goes down.