A Gallery With Legacy 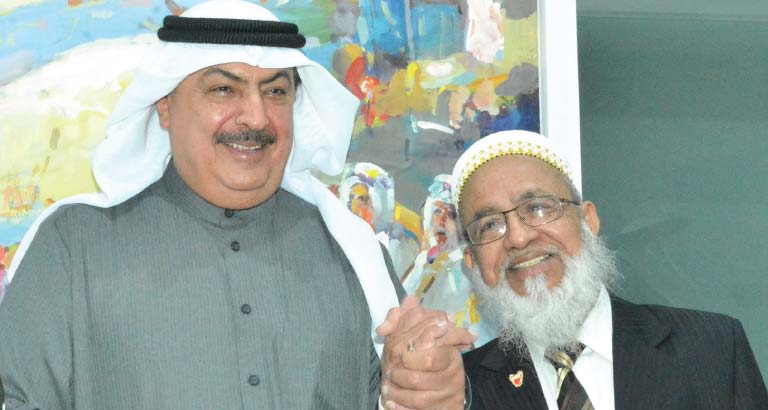 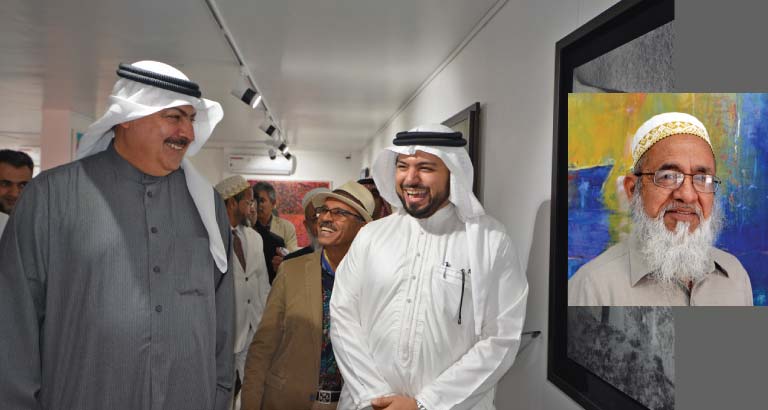 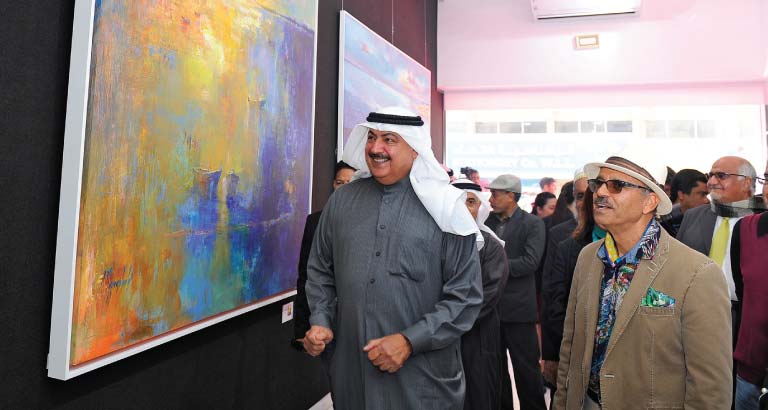 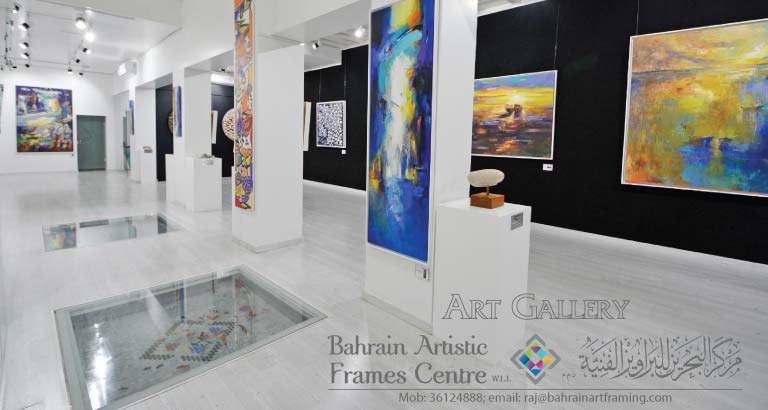 Bahrain Artistic Frames Centre (BAFC) marked the opening of a new gallery to showcase local talents with an exhibition featuring some of the island’s and the region’s most creative artists.

The VIP guests were welcomed by BAFC directors, Ali Asgar Shafiq and Quaid Johar Shafiq, who said they were thrilled at the show of support from Shaikh Rashid who had worked with their father, centre founder Shabbir Shafiq (pictured left with Shaikh Rashid), in the early days of Bahrain Arts Society.

Shabbir Shafiq established BAFC in 1982 but the family business goes back 80 years in India and Ali and Quaid are the third generation following this path.

The company now boasts five shops spread across the Kingdom, including the outlet opposite the new gallery, and management says it is proud to support local artists by providing them with a laboratory and workshop area to develop their work as well as space to exhibit their creations.

Shaikh Rashid took time to examine the works on display including those by Abbas, whose large canvases take their inspiration from the classic life scenes found in Manama’s old souq.

The painter says he is delighted that the new facility will offer local artists a chance to exhibit their works right in the heart of the community.

He told Gulf Weekly: “The location is brilliant, being in the centre of Manama and close to the frame shop which is great for artists. Not only will people be able to admire the different styles of work but there will also be an array of events, workshops and lectures for people to enjoy.”

Mariam Fakhro is known for her local scenes often depicting homes and village scenes. Declaring herself impressed with the set-up she added that the new facility is just what Bahrain’s thriving art scene needs; more spaces for artists to display their talents.

Prize-winning photographer and architect, Mahdi, is famed on the island as the first photographer to have his work featured on the Kingdom’s postage stamps.

A member of the Bahrain Arts Society Photo Club, he exhibited his collection of urban fabric and traditional images saying this new medium was typical of those featured in the opening exhibition – each artist taking the opportunity of the new space to showcase non-traditional materials and techniques.

“We have been given this chance to experiment and try out new things, thanks to BAFC. If they had not provided us with this gallery, then we, perhaps, would not have been able to express ourselves as artistically as we would want to,” he said.

Khalil Al Hashimi, who works predominantly in bronze, stone and wood, also displayed a new material. He recently turned dark Emperador marble from Egypt into what resembles a sail boat that is featured at the 44th Annual Bahrain Fine Arts Exhibition.

For the future there are plans for free workshops and lectures, led by professionals from both the Kingdom and around the world. Initially classes will feature painting, calligraphy and photography as well as other subjects.