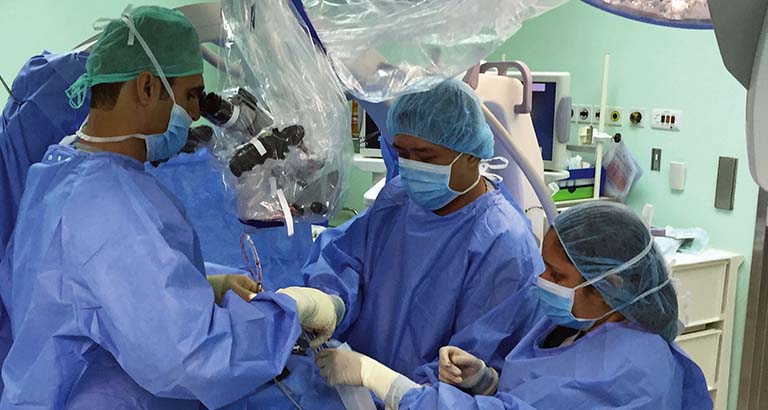 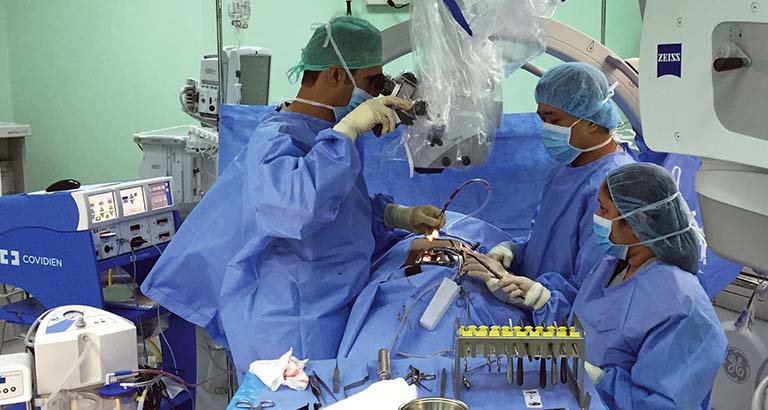 Groundbreaking spinal surgery was performed at one of the Kingdom’s foremost hospital facilities.

Groundbreaking spinal surgery was performed at one of the Kingdom’s foremost hospital facilities.

An elderly Bahraini underwent a life-changing operation using local anaesthetic at the University Medical Center of King Abdullah Medical City – the first time such a procedure has been carried out in this way.

Orthopaedic surgeon Dr Yousif Sharaf operated on the 80-year-old patient who suffers from several health disorders. The man had experienced severe back pain extending to his left leg, which rendered him unable to walk and move freely. Severely restricted mobility, particularly at this age, can lead to chest infections or clots in the foot or leg.

Dr Sharaf pointed out that the patient was also suffering from chest problems, including asthma and lung inefficiency, which could have proved dangerous if general anaesthesia was used.

The operation, which went well, lasted around 30 minutes during which a small incision, measuring 5cm, was made in the patient's back to remove the spinal disc herniation that was putting pressure on his nerves.

Dr Sharaf says: “Based on the assessment of the patient’s general health, it was necessary to carry out the operation with local anaesthesia, despite the difficulty of this measure, since the operation site is a sensitive area of the spine surrounded by nerves, requiring the patient’s complete relaxation.

“The operation went smoothly and the spinal disc herniation was removed from the third and fourth vertebrae. The patient began to gradually walk in under 24 hours.