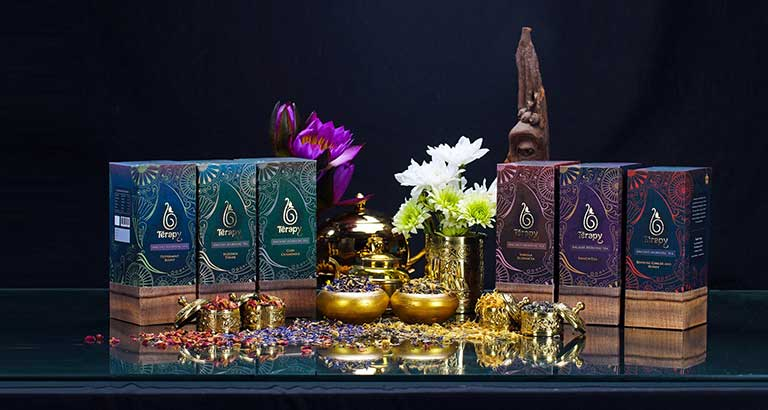 Tea connoisseurs across Bahrain can rejoice due to the introduction of a fantastic new brand of Ceylon Tea called Terapy Ceylon. LNS Trading, a part of LNS Media, was proud to showcase the exquisite range of tea at Bahrain This Month’s 25th anniversary celebrations.

The island nation of Sri Lanka is known across the world for its hospitality, natural resources and minerals, but it’s undeniable that its most sought-after product all around the world is its flavourful tea.

Terapy Ceylon Tea is proud to introduce its range of herbal, organic and mostly vegan tea to the Middle East market through LNS Trading – the official distributor of Terapy Ceylon tea in the Kingdom of Bahrain.

LNS Trading intends to expand the range with the addition of more health-related teas including Slim Team and Tummy Ease, rooted in Ayurveda. The ancient holistic science of Ayurveda, which has been well-preserved for centuries, has cured many diseases and granted longevity where modern medicine has failed.

The ancient healing methods of Ayurveda were practiced by Sri Lankans who perfected the art of healing through generations of experience. These practices culminated in the form of potent herbal brews, earning Sri Lanka worldwide acclaim for their glorious teas. Camellia Sinesis plantations were introduced to the island nation over 150 years ago. Since then, Ceylon Tea has thrived as one of the most premium luxury beverages in the modern world.

Terapy Ceylon Tea Can be purchased online at homiez.me/terapy-tea/product or through the Entertainer Bahrain application to avail of an exclusive offer. Alternatively, you can purchase the teas at Raw Candy located at Bahrain Financial Harbour or Almoayyed Towers. This is in addition to Bahrain Specialist Hospital Pharmacy Juffair, Qunta Medical in Enma Mall Riffa.