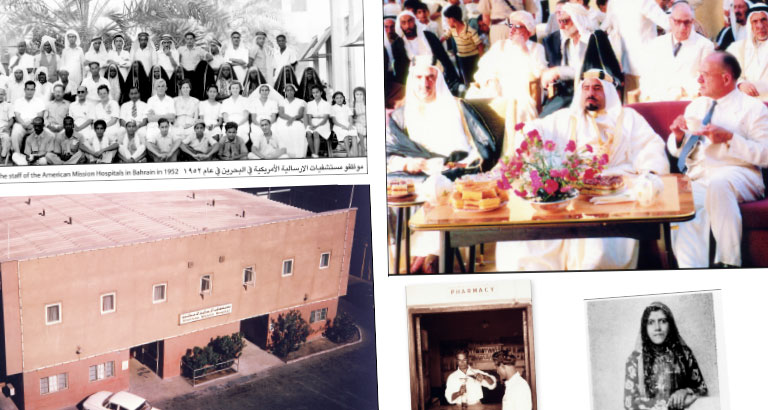 Last month, we gave you some insight into the beginnings of modern healthcare in the Kingdom of Bahrain as we shared pictures from the founding of American Mission Hospital (AMH) through to 1942. In the second part of the AMH historical picture series, we explore another 40 years of the hospital’s illustrious 120-year history.

From 1942 to 1982, AMH went through several stages of growth, but also faced some challenges. AMH was already serving the sick in Bahrain for over 40 years by the time government healthcare systems started to grow. By the 1940s and 1950s, government health centres and hospitals started to open in areas like Naeem and Salmaniya. The Awali Hospital of Bapco had started a bit earlier, in 1937, but required doctors and nurses who were often seconded to them by AMH for many years.

From getting the first X-Ray machine in the Arabian Gulf Region, in 1940, to opening two new buildings, in 1962, AMH was always on the move. In the 1980s, it reoriented itself to face the challenges of free government health services which affected the number of AMH patients.  However, it continued to adapt to new demands with a focus on service and patient care. 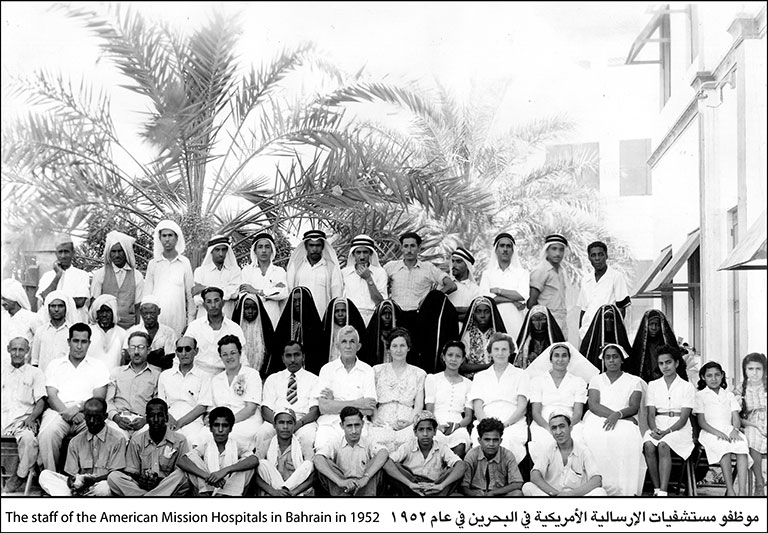 1952. The Staff of the American Mission Hospitals in Bahrain. Seen in the centre is Dr Paul Harrison, who first came to Bahrain in 1911, as a young medical graduate from Johns Hopkins University. He led many medical camps to Saudi Arabia, and had become a friend of King Abdulaziz bin Abdul Rahman Al Saud, the first king of Saudi Arabia. 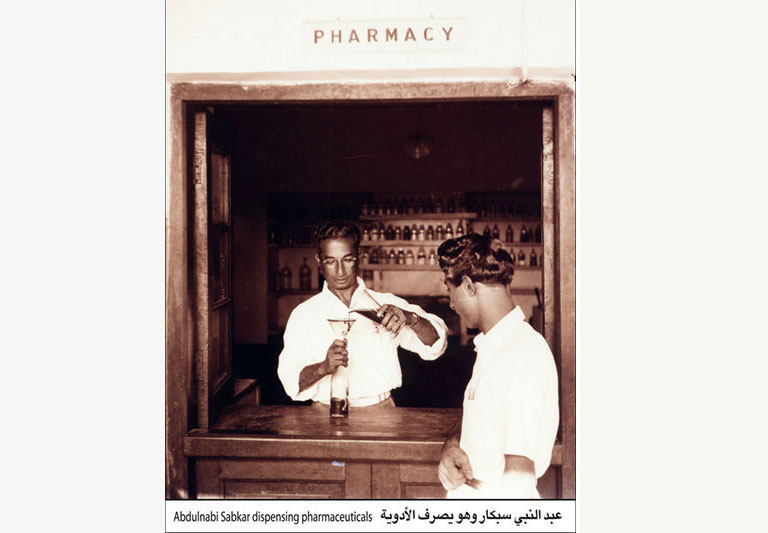 Abdulnabi Sabkar worked at AMH for many years, and accompanied doctors on their medical trips from Bahrain to Saudi Arabia in the 1940s and 1950s. 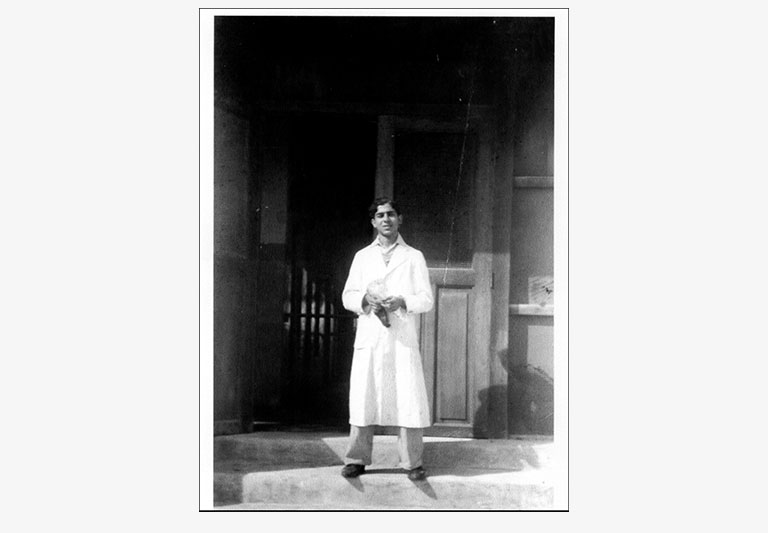 30 January 1942. Yousif Qassim holding the keys to the hospital stores. 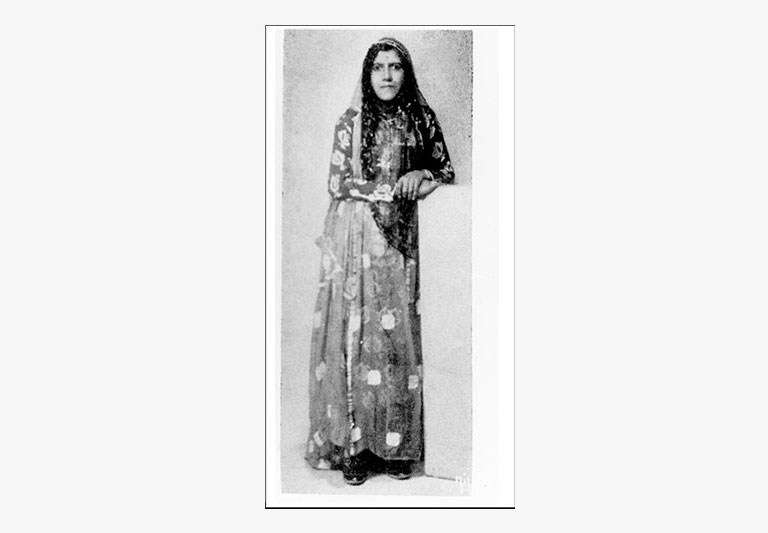 Fatima had married at a very young age and had a daughter who suddenly passed away after developing a severe fever. Inspiringly, Fatima took her daughter’s books, enrolled herself into the American Mission School (now known as Al Raja School) and educated herself.

She, along with her sister Aisha, travelled to Baghdad where she completed nursing school in 1941, and became the first Bahraini woman to study abroad. She was also the first woman to get a driving license in Bahrain and the first woman entrepreneur when she opened a pharmacy.
She went on to serve in Salmaniya Hospital as the Director of Outpatients until her retirement in 1971. 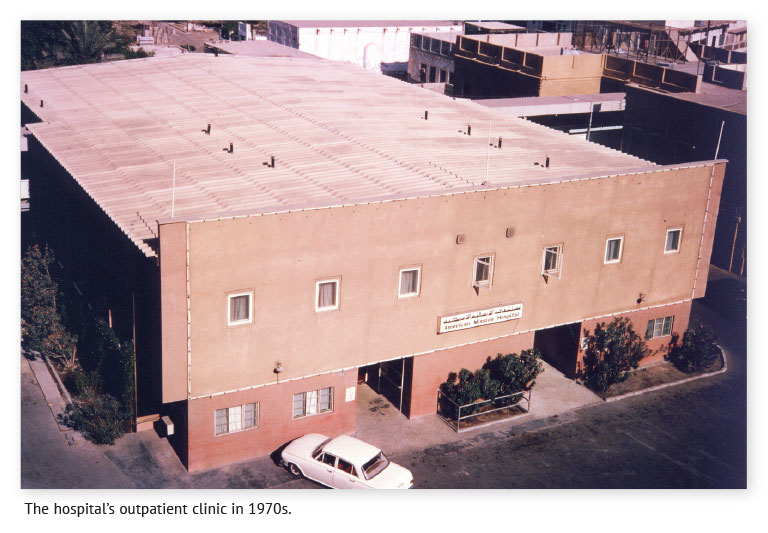 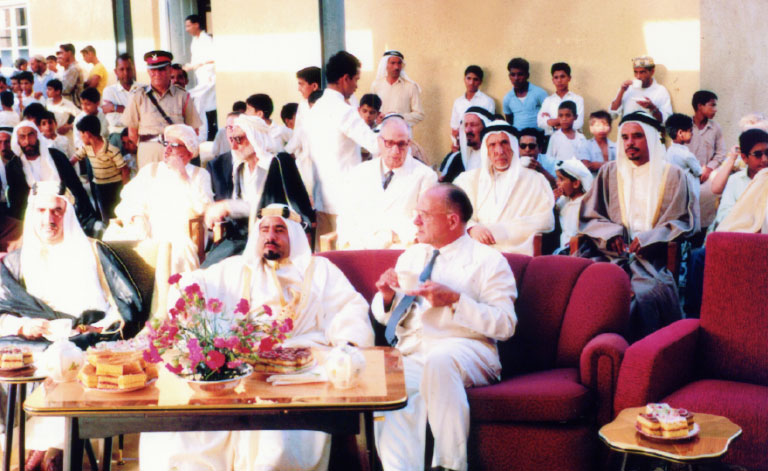 26 April 1962. The Amir of Bahrain, the late Shaikh Isa bin Salman Al Khalifa opened the new building blocks of the hospital in Manama. Dr Harold Storm was the head of the hospital at that time. 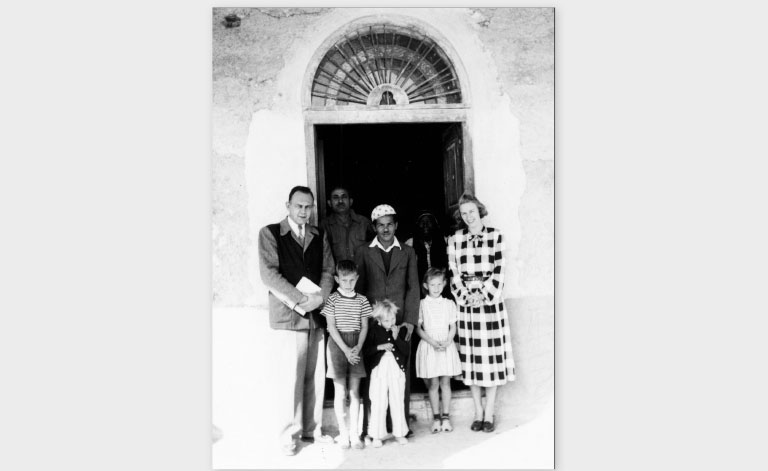 Dr. Gerald Nykerk’s family in 1950s. Miraculously, the Nykerk couple had survived the MV Dara Disaster of 1961, which is considered the Arabian Gulf’s worst maritime tragedy, on a lifeboat. Their ship had caught fire off the coast of Dubai and 236 lives were lost. After a few years, Dr. Gerald passed away due to a heart attack but his wife, Rose Nykerk, continued to work as the hospital’s administrator until 1975. 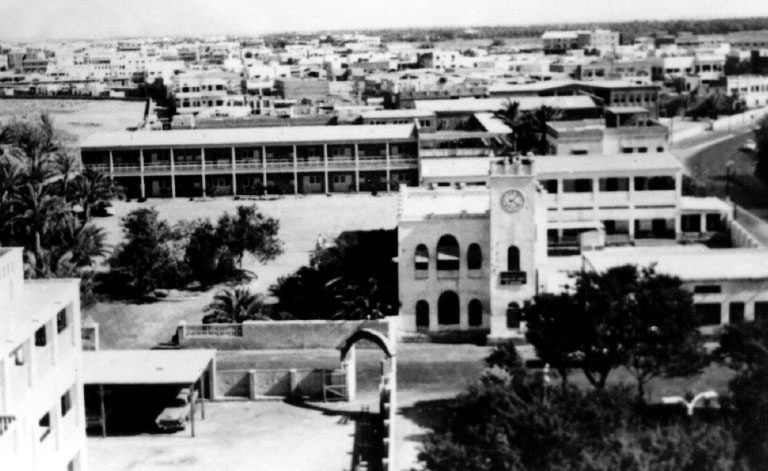 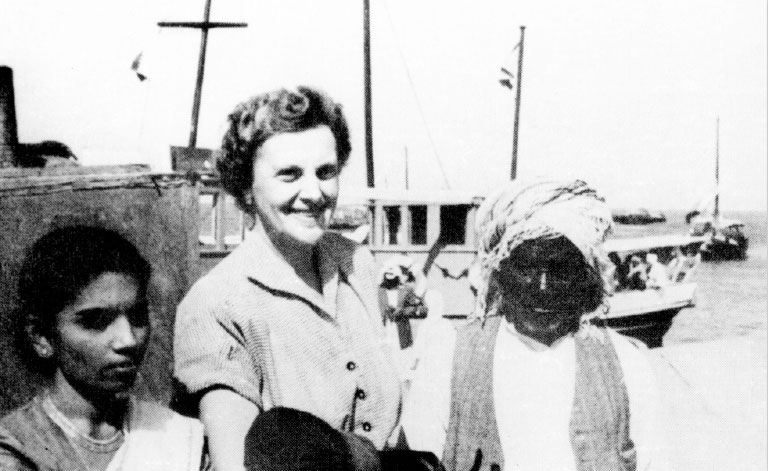 1954. Miss Cornelia Dalenberg is seen about to set sail for Saudi Arabia in 1954. Cornelia was a trained and registered nurse in West Side Hospital, Chicago.  After studying Arabic, she came to Bahrain in 1922 and served patients with great care under different doctors, travelling with them to Oman, Kuwait, Iraq, Qatar and Saudi Arabia; and helped set-up hospitals and clinics.