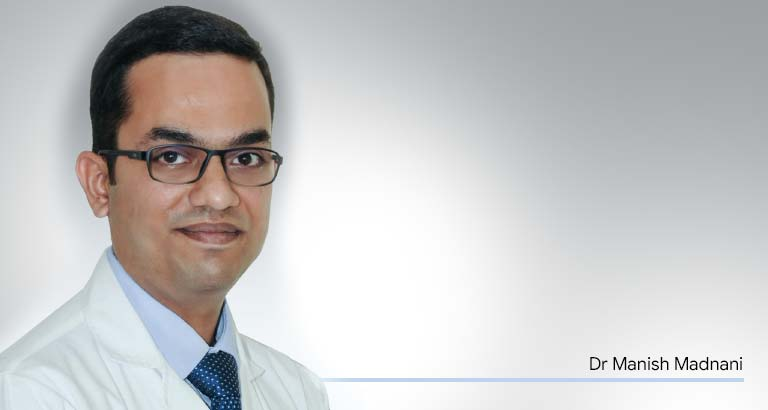 A 49-year-old Fillipino man was rushed to Bahrain Specialist Hospital, complaining of a copious amount of blood in his stools coupled with excruciating abdominal pain. The patient, who was already on palliative chemotherapy for stage four peritoneal mesothelioma (a form of cancer that affects the lining of the abdomen) was immediately taken for imaging which revealed a large tumour occupying a very complex position on the right side of the patient’s colon, in close proximity to the duodenum, the right kidney and its blood vessels.

Since the disease was already at stage four (spread to other organs), the gastrointestinal specialists at the hospital decided that the only way to save the patient’s life was through surgery, despite its inherent risks. As per World Health Organisation data, the incidence of this rare form of cancer is one in a million for industrialised countries.

“Clinically I felt that there must be bowel infiltration based on the acuteness of his symptoms” said Dr Subhadeep Bose, Consultant Oncologist.

Commenting on the challenging procedure, Dr Teerath Kumar, Consultant Nephrologist, added: “The decision to undergo surgery was difficult for the patient too as the complicated surgery had to take into account the possibility of having to remove one kidney. Since the patient was already suffering from diabetes and kidney problems from the beginning, it was vitally important to preserve both his kidneys.

“Sometimes, in such bleeding tumours, the interventional radiologist can go inside the bleeding vessel and block it. But, in this case, it was not possible to do so due to the large size of the tumour, which was almost 12x10cm. It was surrounding vital structures and had already invaded the colon. So, it had to be taken out,” added Dr Kumar

The patient underwent major surgery where the part of the tumour which was threatening his life was removed. Another tumour infiltrating the small intestine was also removed.

Dr Manish Madnani, Consultant Gastrointestinal and Hepatobiliary Surgeon, who operated on the patient along with a team of specialists, was happy to have been able to save the man’s right kidney.

Explaining the many challenges that he and the operating team encountered while performing the complex surgery, Dr Madnani said: “The large tumour was sitting next to major blood vessels of the abdomen, which, if injured during the course of the surgery or had started bleeding after surgery, would have been very difficult to control.

“Also, the close proximity of the tumour to the right kidney and its blood vessels was not as easy a task as was envisaged prior to surgery. In spite of all these odds, surgery was completed within 200 minutes, with blood loss of approximately 150ml.”

The patient recovered well after surgery and stayed for just one day in ICU. Although he had to undergo minor procedures to remove infection from his abdomen after surgery, he is now back to chemotherapy.

Diagnosed in 2016 with stage four peritoneal mesothelioma, the patient, a longtime Bahrain resident, began chemotherapy at the hospital’s Oncology Department. He was responding well until he developed severe abdominal pain and blood loss.

Dr Madnani further commented: “Despite suffering from stage four disease, the patient has survived three years with us on his treatment. He is very fit otherwise and even though he is not entirely cancer-free, the new types of chemotherapy/immunotherapy that he is now undergoing following his surgery should ensure that his tumour will shrink in size, allowing him to enjoy a good quality of life. Without his treatment and subsequent surgery this patient would not have survived – even for a few months.”

Dr Madnani reiterated that Bahrain Specialist Hospital is able to manage complex medical cases due to its various world-class specialist and consultant teams, including challenging gastrointestinal surgeries, such as the one successfully carried out on the Filipino patient. 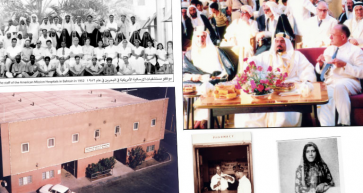