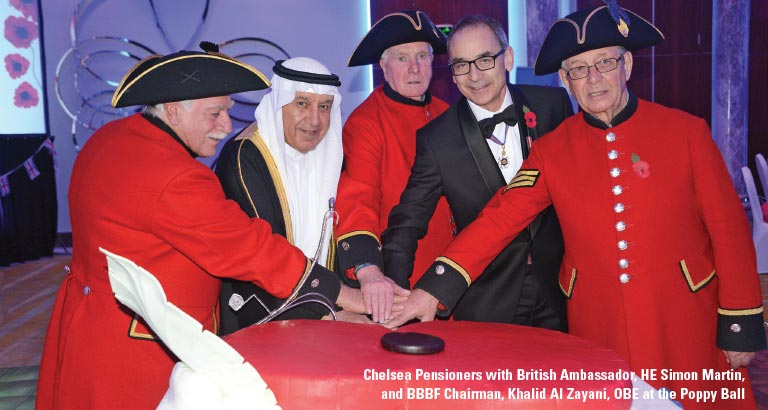 Trade relations between Bahrain and the UK have never been better, with more than USD1 billion passing between the two nations last year. We look at some of the most prominent British brands represented on the island.

British influence in the Kingdom is, perhaps, nowhere more keenly felt than in the education sector. For many years schools such as St Christopher’s, the British School of Bahrain, Nadeen School and, newcomer, The British Preparatory School, among others, have offered an excellent, internationally recognised British education.

And, while many young Bahrainis choose to study abroad, more recently higher education facilities, such as Applied Science University, Ahlia University and Bahrain Institute of Banking and Finance, are enjoying fruitful partnerships with their British counterparts, particularly in areas such as information technology.

The British Council has been present in Bahrain for more than 80 years, with its emphasis on cultural exchange and language studies. Specialist language school, Berlitz, has helped thousands of students prepare for life in English speaking countries and businesses. And Oasis Training offers various UK professional qualifications.

There are a number of British-owned businesses across the Kingdom, such as leading global security operator G4S, which says its values of acting with integrity and respect and passion for safety, security and service excellence achieved through innovation and teamwork, led to its most successful year yet in 2017.

Another notable company is Unisono, set up by two expats back in 2006 to be in on the ground of the branding and consultancy boom. Co-founder, Amy Morgan, says: “Not all British brands are great — but the great are great because they know who they are and what they stand for, and communicate their purpose with passion and distinction! There are also a number of ‘heritage’ brands that have achieved positive recognition because they have, at their heart, a sense of place and authenticity – they embrace their ‘Britishness’ and find relevant ways to reinterpret and express those attributes in ways that complement their product and connect with their customer.”

In retail, it certainly isn’t hard for Brits, and those with a yen for UK products, to find a taste of home. They range from supermarkets, such as Megamart and Lulu, stocking a range of British food items, to fashion retailers such as Dorothy Perkins, Hackett London and Top Shop, shoes from Clarke’s and home wares at Jo Malone.
Lulu even has a major distribution depot and headquarters in Birmingham!

And, of course, Britain has a strong, and growing, presence across heavier goods and industry, too. UNEECO uses UK-manufactured electrical products in its work with various government ministries, and British vehicles, from luxury to commercial, are a common sight on the Kingdom’s roads.

The Bahrain British Business Forum – made up of nationals from the two countries with interests in promoting commerce, trade and understanding – recently said it continues to be the largest and most active business group in the Kingdom. Membership is on the up and the number of special interest groups, from oil and gas to women in business, has increased to nine across a wide range of sectors. The forum also organises the annual Poppy Ball and hosts various VIP visitors each year, including the Chelsea Pensioners, who have become a familiar sight around Remembrance Day in their scarlet tunics.

On the social front, Britain’s influence is also clear, with a strong presence across the expat clubs. Bahrain Rugby Football Club hosts visiting UK teams and speakers, the Delmon Club has a large British contingent among its international membership and the British Club of Bahrain is the place to celebrate all things Brit, from pie and mash to St George’s Day.