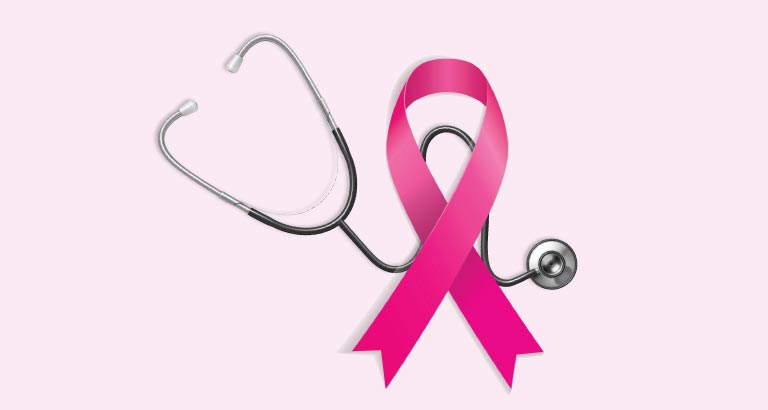 Worldwide, breast cancer is the most common type in women and the second highest in terms of mortality rates. Men can also develop breast cancer, although incidences are rare. About 90 per cent of all breast cancer cases start in the tissue of the milk ducts or in the lobules that supply milk to the ducts. It’s possible to diagnose breast cancer at an early stage, which greatly increases the chances of successful treatment.

In some cases, women with breast cancer may have no symptoms, and some abnormalities they experience may not be cancerous. However, it is important to seek medical attention when the following symptoms appear:

These following procedures, which also increase the chances of successful treatment, can be performed for the early detection of breast cancer:

A diagnosis is performed when an abnormal lump is found (from self-examination or X-ray) or a tiny speck of calcium is seen (on an X-ray). After a suspicious lump is discovered, the doctor will diagnose whether it’s cancerous and if it has spread to other parts of the body. The most accurate method of diagnosis is a biopsy. However, if that’s not possible, the doctor will use an alternative test.
The method of cancer diagnosis varies depending on several factors, such as age, current medications, type of cancer, severity of symptoms and earlier test results. Diagnosis can be performed in the following ways:

Treatment requires a multidisciplinary team of physicians, including surgeons, radiologists and cancer specialists, who together make the most suitable treatment plan for each individual patient. The doctors will make their decision based on the following factors:

Taking place annually throughout the month of October, Breast Cancer Awareness Month aims to raise awareness about the disease and funds for research into its cause, prevention, diagnosis, treatment and cure.
Middle East Hospital has customised special breast cancer screening packages for women below and above 40 years.