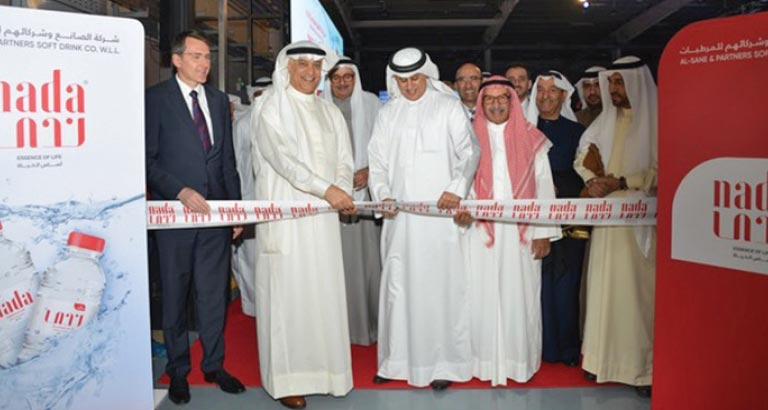 VIPs including HE Zayed bin Rashid Al Zayani, Minister of Industry, Commerce and Tourism, Khalid Al Rumaihi, chief executive of Bahrain Economic and Development Board and HE Kai Buckmann, German Ambassador, were on hand to join in the celebration when Al-Sane & Partners Soft Drinks Company celebrated the launch of Nada Water Plant.

Jamil Abdul Razzaq Al-Sane, group chairman and CEO, told the gathering that his late father first established the plant at the beginning of the 1990s and, at the time, it represented a quantum leap in the region’s industry, being the Middle East’s first PET water bottling plant.

He said: “We are proud to have re-built this industrial landmark in the Kingdom after a two-year development period, in which we have been able to raise the production capacity of the plant from 6,000 to 45,000 bottles per hour, produced using the latest technology imported and installed by the German company KHS.”

The majority of the plant’s production will be exported to Kuwait, Saudi Arabia and Iraq.