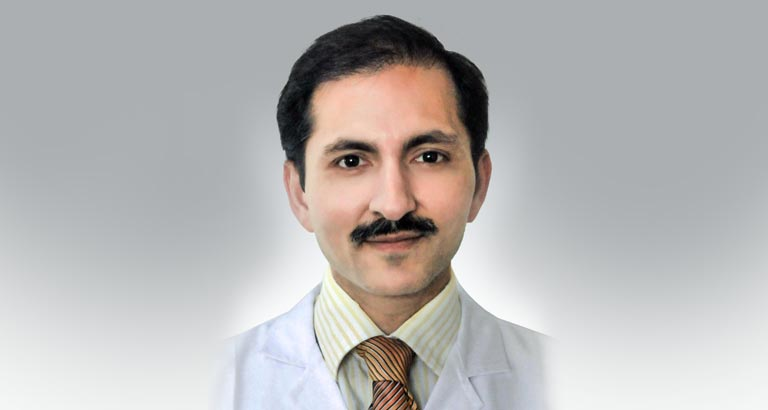 In the Gulf, 25 per cent of the adult population suffers from kidney stones with poor dietary habits and environmental factors being the main causes.

Recently, at Bahrain Specialist Hospital, a 50-year-old man suffering from blocked kidneys and renal failure recovered completely without the need for invasive surgery; instead he received the latest in hi-tech medical treatment.
The patient had been diagnosed with two large stones in his kidneys, one sized at 2cm and the other a mammoth 6-7cm. He had also reported loss of appetite and lower abdominal pain.

Dr Krishanu Das, consultant adult and paediatric urologist and transplant surgeon at BSH, explains: "The conventional treatment for such large stones is open or keyhole surgery. However, not only are these surgeries difficult to perform in patients with renal failure, they are associated with the risk of major bleeding and further damage to the kidney. Moreover, the patient himself did not want to undergo a major open or keyhole surgery."

Equipped with the most powerful and advanced laser machine worldwide, urologists at the hospital opted for endoscopy and laser lithotripsy to remove the stones. Laser lithotripsy is a novel technique and one of the latest advancements in the field of urology, it has several advantages over the traditional technique of fragmenting stones with shock wave lithotripsy – which may not be particularly effective for every stone type, particularly hard stones. It is also ineffective in the management of large stones and patients may need several sessions to break them up with shock wave lithotripsy. Further shock wave lithotripsy doesn’t clear stones and fragments need to be passed by the patient making the treatment prolonged and often frustrating.

“With laser energy, kidney stones at any location can be reliably and completely treated in a single sitting. Large stones can be efficiently targeted using this technology through an endoscopic approach which means major bleeding can be avoided and it is also safe in patients with kidney failure or other medical problems,” says Dr Das.

“We planned for a complete endoscopic approach in this patient. First, the right kidney stone was treated with laser lithotripsy and the right kidney was unblocked. Subsequently, as he recovered from renal failure, endoscopy and laser lithotripsy was performed for the huge left renal staghorn stone. The high-power laser enabled rapid dusting of the large left-side stone. The patient could thereby avoid complex major surgery and was fully active immediately after surgery while his kidney function also improved steadily. He was in hospital only on the day of the endoscopy and went home the next day in a stable condition.”

As per a news report, incidences of kidney stones are considerably higher in the Gulf region where 25 per cent of the adult population suffers from the health issue, compared to the 15 per cent in the West. Although there is no definitive cause for kidney stones, experts believe that poor dietary habits, dehydration and environmental factors increase the risk of stones in the kidney – or stones in bladder and urinary tract. Similarly patients with family history are also at risk.

Doctors advise that people suffering from severe and abrupt pain in the side, back and below the rib, which spreads to the lower abdomen or groin, or if they find blood in their urine, should see a specialist since these could potentially be symptoms of kidney stones. Other signs include cloudy or foul-smelling urine, frequent urination, nausea and vomiting, and fever and chills in case of an infection, among others.