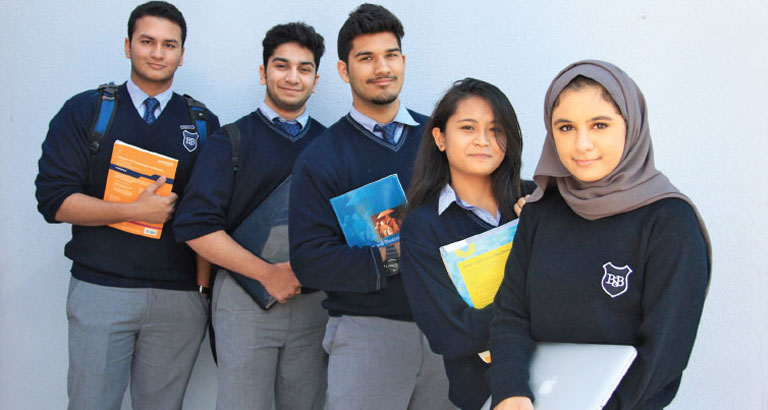 One of the most popular educational institutions in the Kingdom is growing from strength to strength, thanks to its consistent efforts to develop facilities for its students.

The British School of Bahrain (BSB), rated as an ‘outstanding’ school by Bahrain’s Quality Assurance Authority, has seen continued investment over the summer break with the development of an enhanced sixth form centre and additional science labs as well as a number of new classrooms equipped with state-of-the-art technology on the third storey.

“The continuing investment in the school’s facilities was a key factor in its students’ academic success,” says Julie Anne Gilbert, the head of school.

“As the only school in the region to offer a triple pathway to tertiary education – through A levels, the International Baccalaureate and Business and Technology Education Council – we are delighted with the students’ success in recent examinations. Overall, 46.3 per cent of students attained A*/A grades, opening up tremendous opportunities as they move onto further education.

“Students have been skilfully guided towards universities and courses that best fit their individual strengths by our head of sixth form, Sally Milnes. Amongst others, BSB students have secured places at Imperial College, University College London and King’s College London, some of the best universities in the world.

“This year, we were particularly pleased to have our first successful entrant to the University of Oxford. Sa’ad Khan, who got three A*s and an A, will be reading geography at Christ Church. This marks another step forward in the school’s journey from ‘outstanding’ to ‘world class’.”

The BSB, which is part of the GFH Financial Group, was established in 1995 and offers education to more than 2,600 students from over 70 countries, aged three to 18, at a single state-of-the-art site in Hamala.

THE BRITISH SCHOOL OF BAHRAIN