A Look Back at Motorsports in The Middle East 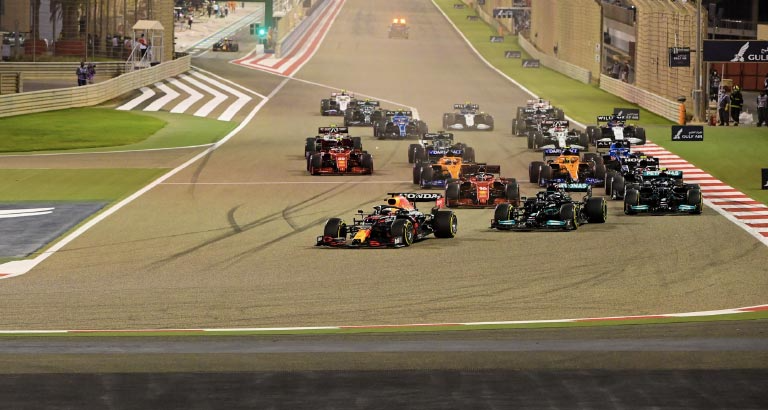 As the current F1 season soon comes to a close, Kristian Harrison takes a look at the history motorsports in the Middle East – starting right here in Bahrain.

All eyes will be on the Middle East this month as the most exciting Formula 1 season in recent memory culminates with a duel in the desert. A journey that began in Bahrain in March, with Lewis Hamilton taking a thrilling victory over Max Verstappen, has taken many twists and turns on the Tarmac over the course of 22 races.

Now, after the maiden race in Qatar, Saudi Arabia will host its inaugural Grand Prix on the streets of Jeddah followed by the season-ending event in Abu Dhabi, where the track layout has been altered to make overtaking easier and thus racing more exciting. 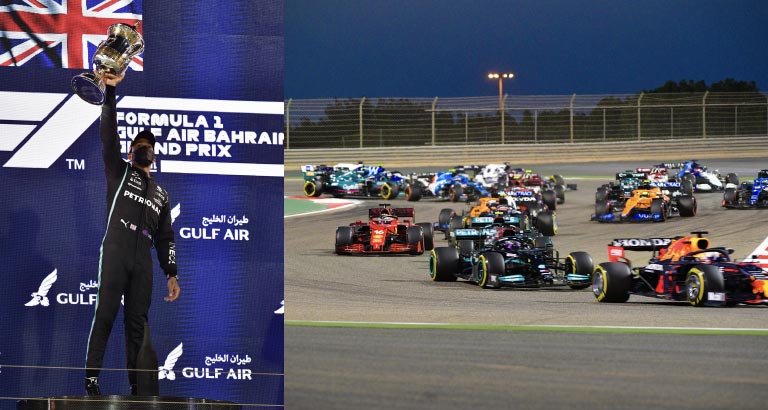 The two titans are still locked in a bitter rivalry, barely anything between them, as Hamilton fights for a record eight crowns and Verstappen aims for his first. It’s amazing to see the region become such a hotbed for racing, considering 20 years ago the sport had never set foot here.

From its original roots in 1950s Europe, F1 had expanded to the Americas, South East Asia and Australia in the decades since. In October 2002, the Bahrain International Circuit was just an expanse of stones and sand in Sakhir.

There was just a handful of journalists to see the foundation stone laid, courtesy of Prince Andrew, Duke of York: the second-youngest son of Queen Elizabeth of the United Kingdom. Overseeing everything was Prince Salman bin Hamad Al Khalifa, at the forefront of Bahrain’s drive to make a difference in the sport. Fast-forward to the memorable date of April 4, 2004 – 04.04.04 – and Michael Schumacher took a scintillating victory on the 5.4km track and a golden period of growth of motorsports in the region took hold.

Since then, the Dubai International Circuit opened in the UAE, Qatar built the Losail International Circuit which has a storied history in Moto GP motorbike racing and now a Formula 1 race under its belt, the Yas Marina Circuit in Abu Dhabi remains one of the most stunning locations in the sport, and as mentioned, the streets of Saudi are soon to have rubber and oil burned into them by these beautiful machines.

Whilst other circuits may have more state-of-the-art luxury hotels, theme parks and fancier grandstands attached to them, no one can ever take Bahrain’s legacy away from it as the home of motorsports in the Middle East.

So, while the world’s focus is on our neighbours this month, don’t forget the pivotal role Bahrain had in laying the foundations in the first place and igniting a burning passion that was mere embers a generation ago.

When it is all over, and regardless of who wins the crown, we’ll be back in the Kingdom in March as the roller-coaster starts all over again for the 2022 Gulf Air Bahrain Grand Prix. Back to where it all began.