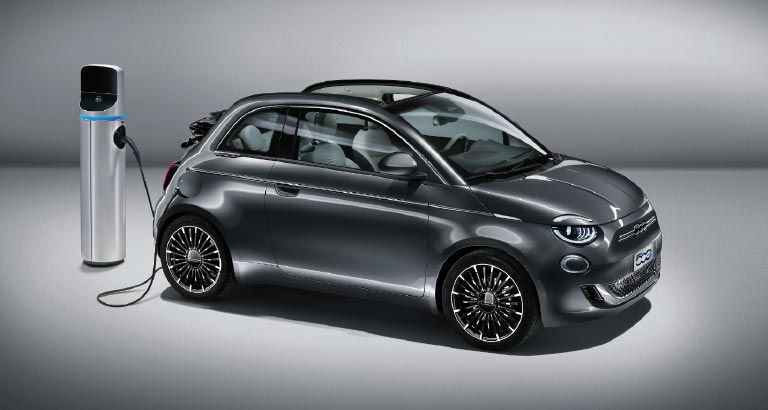 Fiat has presented the new 500, the company’s first fully-electric car which, it claims, will change the rules of the game for zero-emissions vehicles.

To picture the future of the 500, the Fiat brand started from what made it what it is. The same was true of the first generation, which offered mobility and freedom in the 1960s. The 500 represented a sea change, and became a much-loved brand. A car that was always on the crest of the wave, and that has established itself as an icon since its debut, 63 years ago.

With the second generation, launched in 2007, the Fiat 500 introduced the concept of coolness and charm to the city car, becoming an icon of Italian fashion and style that conquered the world. An ever-evolving model that has inspired artists and musicians over the past 13 years, and has been the linchpin of more than 30 special series.

Now, in 2020, a new era is coming, and it is time for the Fiat 500 to use all its popularity to inspire change and become part of the solution.

Range and charging times are two key issues for customers. The lithium-ion batteries with a capacity of 42kWh give the new 500 a range of up to 320km in the WLTP cycle. To optimise charging time, the New 500 is equipped with an 85kW fast charger system.

The new 500 has three driving modes: Normal, Range and Sherpa, which can be selected to match your driving style. Sherpa mode works on several components to reduce fuel consumption to a minimum, with speed limited to 80km/h and AC and heated seat options deactivated.

Normal mode is similar to driving a regular combustion engine, while Range mode activates the ‘one-pedal-drive’ function, allowing operation with pretty much the accelerator pedal alone.

Furthermore, the car of the future is not just an electric city car, but goes one step further: it literally goes to the next level by being the first car in its segment to offer level two autonomous driving, bringing all the associated benefits to urban mobility.