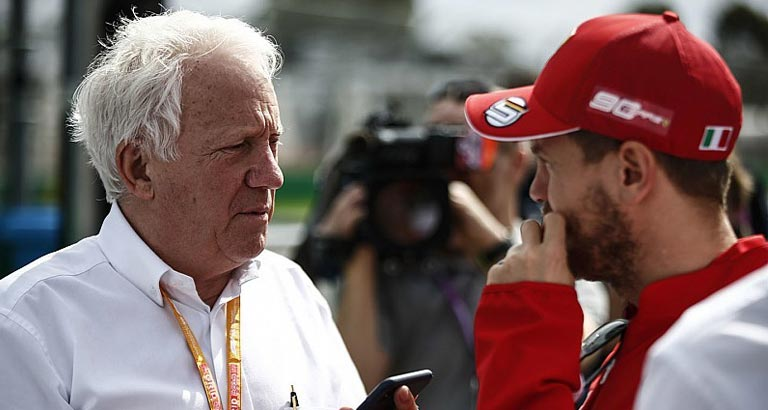 Long-standing Formula One race director Charlie Whiting, who was due to start the race in Melbourne this weekend, has died at the age of 66, reportedly from a pulmonary embolism.

He had held the director role with the sport’s governing body, the FIA (Fédération Internationale de l'Automobile), since 1997 and prior to that had had long involvement in racing starting out with his brother, Nick, out of a shop in Brands Hatch, UK, back in 1976.

He joined the F1 circus in 1977 working with one of the teams and later went on to hold the position which saw him overseeing track safety; he has been an influential figure in pushing for safety reforms in the sport.

The most high-profile part of his role was overseeing the start of the Grand Prix races, a trackside spot from which he will be sadly missed.

Tributes have been pouring in from across the racing world and in a statement Jean Todt, FIA President, said: “It is with immense sadness that I learned of Charlie’s sudden passing. I have known Charlie Whiting for many years and he has been a great race director, a central and inimitable figure in Formula One who embodied the ethics and spirit of this fantastic sport. Formula One has lost a faithful friend and a charismatic ambassador in Charlie. All my thoughts, those of the FIA and entire motor sport community go out to his family, friends and all Formula One lovers.”