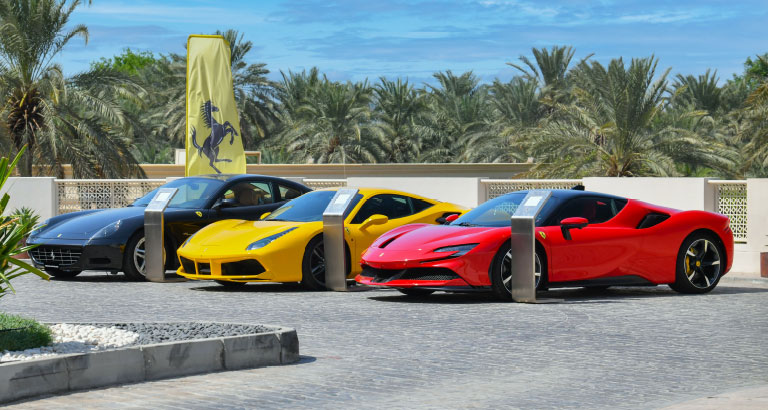 Even the most notorious gas-guzzling supercars are going green as the motoring landscape changes forever with the switch to electrical power. The new Ferrari 296 GTB has raised eyebrows with its V6 Hybrid engine, and motoring correspondent Kristian Harrison was invited to put it through its paces by the Maranello marque’s exclusive dealer in Bahrain, Euro Motors.

Ask someone what their definition of heaven on Earth is, and you’ll get a variety of answers. Sipping cocktails on a golden beach? Enjoying a five-course meal at a Michelin-starred restaurant? Spending quality time with the family?

None of these is the correct answer, of course. For that is ‘taking the new Ferrari 296 GTB for a spin’.

On the drive down to Sofitel Bahrain Zallaq Thalassa Sea & Spa, my feelings were a concoction of nervousness and excitement. Despite this not being my first rodeo with a Ferrari, it was my first taste of the Italian manufacturer’s new era. 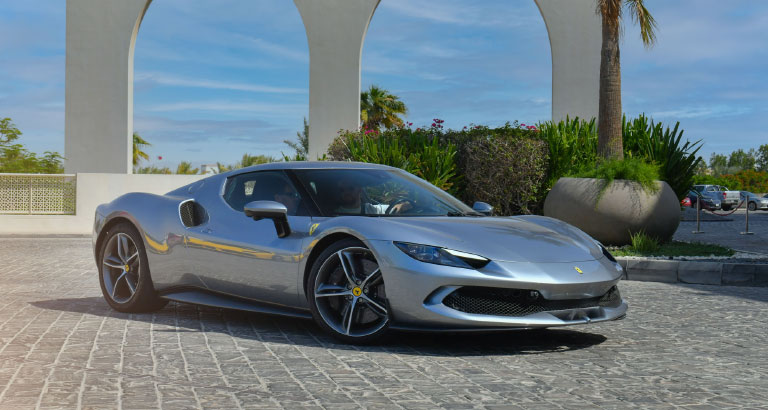 In fact, ‘hybrid’ and ‘Ferrari’ are two words you usually wouldn’t associate with each other. However, those geniuses at Maranello have not only gone and done it; they’ve made what is easily my favourite hybrid model yet but in a way that not only increases fuel economy but performance too.

For this drive, I was assigned a special 1:1 instructor to sit with me and guide from the passenger seat. The friendly Sean Simpson, a professional racing driver and certified Ferrari instructor, was that man. Luckily for me, he knew exactly how thrilling an opportunity this was, and I could sense the kid-in-a-sweetshop giddiness emanating from him as much as me.

Therefore, there was no strict instruction to treat the car like a new-born baby, but instead like an old familiar friend whose buttons you want to push in the friendliest of ways.

Push buttons I certainly did, firstly the ignition to bring the 818 BHP engine to purring life. I pulled paddles too, putting the motor into drive but also later tested out the eight-speed dual clutch transmission. Of course, there was a little bit of dial twisting too from ‘Sport’ to ‘Race’ mode. Before the authorities come storming around to our office, I promise the only thing racing was my heart with the adrenaline but I had to try it! 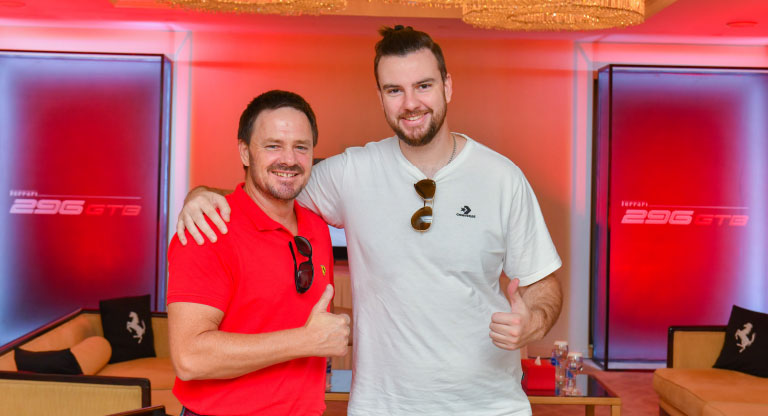 I did not get as far as testing out the listed top speed of 330kmph (promise!) but as the car accelerated, the smoothness of the transmission up through the gears was incredible. However, even more impressive was the car under braking. I put it through a hard stop test and the car geared down so smoothly and remained so incredibly stable and planted that I may have well been nonchalantly cruising around the labyrinths of Adliya.

Unfortunately, there’s always the inevitably gutting drive back to base, but for this I shifted the car to hybrid mode and drove on battery power alone. When fully charged, you can drive for roughly 15 miles which is impressive considering the compact space Ferrari had to pack this technology in.

Sceptical though I was at first about such an iconic supercar brand marrying a supposedly ‘inferior’ V6 with a hybrid engine, the results are stunning and the 296 GTB blew my socks off. I’m hugely excited to see where Ferrari continue to push this technology.

For more information, visit the Euro Motors Ferrari showroom in Sitra or call 17 734-734.