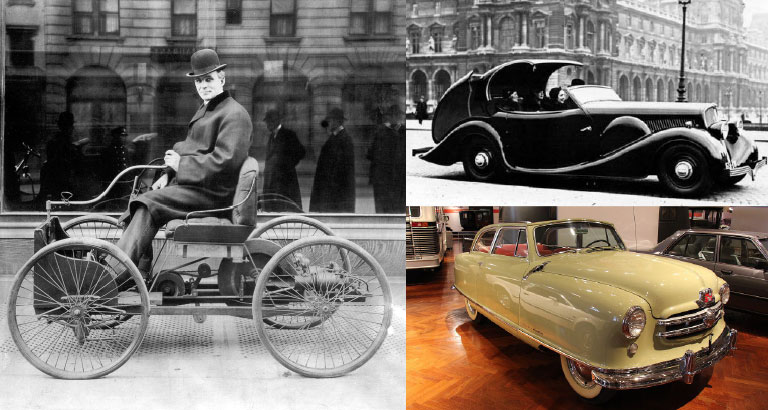 Kristian Harrison takes a look at some interesting facts about the ultimate luxury vehicle; the convertible, and the long way this automobile design has come.

Everyone remembers their first ride in a convertible. Hitting the open road on a beautiful day with the top down and the wind blowing in your hair – it’s an experience that’s hard to forget!

Well, it’s that time of year again. Now that the heat in the Kingdom has been dialled down a tad, it’s time to dig in the garages, pull the sheets off and hit the highway.

The history of these beautiful machines is surprisingly convoluted. Obviously, the global conscience is to look at convertibles as the ultimate in luxury driving. Having that top down as you cruise the city streets and the long, linear stretches through wilderness has been an appealing piece of car culture for as long as anybody can remember.

However, despite its innovativeness, convertibles originally weren’t as lavish as people may think. In fact, there was a time before the turn of the 19th century when ALL automobiles on the road were open-topped, without roofs, windshields, doors or side glass.

Early cars – such as the 1986 Ford Quadricycle – were just derivatives of 19th-century buggies and retained the lightweight, minimalist design that worked for horse-drawn vehicles.
As you can imagine it wasn’t all that great. If you were out driving in your fancy motor-powered vehicle and encountered some inclement weather, well, you either had to be pretty innovative yourself, or you needed to find a tree to park under!

Imagine not having the option to close the roof and being stuck out in the rain while travelling across the dusty landscapes of pre-pavement era roads. Not exactly luxurious, is it? Thankfully, in 1905, Cadillac began producing closed-top vehicles. These became a massive hit amongst consumers, who were fed up with eating dust while trying to look dapper during their daily commute, while doing a swift 40kmph.

By 1910, the new design became the standard, and it seemed as though the open-top concept was dead.

But as they tend to do, people grew bored of the new design, and longed for the days of cruising along with their hair blowing in the breeze. They wanted to have that open-top once again, but this time perhaps with a little control over the elements outside. So, in an effort to give the people what they wanted, manufacturers began producing the modern convertible.

Those early models, emerging in the 1920s, were hardly the stuff of innovative folklore. In fact, they were usually cold, drafty, and had unreliable, difficult-to-operate roofs. Not exactly luxury living. But that all changed in 1934 when Peugeot introduced the 601 Eclipse model. A true innovation was finally introduced, as this beauty featured the first reliable, retractable hardtop roof. This concept would be expanded upon in 1939 by Plymouth, who created the first motor-controlled tops. Things were moving now!

In the 1950s the concept grew even more advanced, when Rambler introduced the Nash convertible, complete with door frames and B-pillars that stayed in place while the roof was being let down. This allowed for greater structural integrity and got rid of the awful sound made when early models retracted their roofs.

During the Eighties, the ragtop was picking up steam among the hip young crowd of car buyers, and continues to be an appealing automotive trend around the globe. As our technology and innovation grow, so too does the open-top car concept.

While true convertibles tend to be reserved for fast two-seater sports cars or special brands these days, giant sliding glass roofs are taking over the convertible landscape. The panoramic panels run from the windshield header to the top of the backlight and from side rail to side rail. The flowing appearance adds excitement to a typical sedan›s roofline. The translucent panels let light in to brighten interiors.

Where will the convertible be twenty years from now? Advances in structural engineering and lightweighting mean that the performance differences between closed-roof and open-top cars continues to shrink. This practicality means that drivers will have the powerful combination of choice and affordability.
One thing’s for sure, they won’t be going away any time soon. Enjoy the ride!