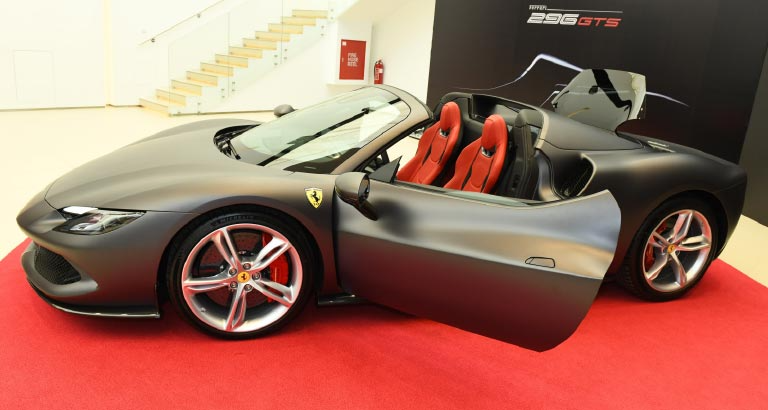 The Ferrari 296 GTS, the latest evolution of Maranello’s mid-rear-engined two-seater berlinetta spider, has been launched in Bahrain at a glamorous unveiling at the Euro Motors showroom in Sitra.

The Kingdom’s official importer of the Italian icon introduced the model with a video package and offered an invitation for journalists and the marque’s plentiful enthusiasts to admire both inside and out.

The retractable hard top guarantees exceptional occupant comfort, taking a mere 14 seconds to retract or deploy at speeds of up to 45kmph. With the roof stowed it features a sleek, sporty design and with the roof up, the silhouette remains very similar to that of the 296 GTB.

As was the case with the SF90 Stradale, for clients who want to exploit the car’s extreme power and performance to the utmost, particularly on the track, the 296 GTS is also available with the Assetto Fiorano package, which includes lightweight features and aero modifications.

For more information, visit the Euro Motors Ferrari showroom in Sitra or call 17 734-734.