Not Your Average Everyday Car 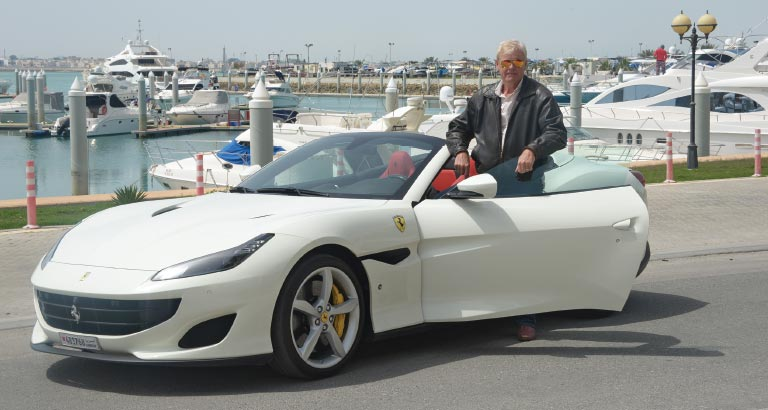 Five years ago, me and the missus were sampling the local grapes and food on the most delightful waterfront in, arguably, the most beautiful coastal town in Italy (Leonardo also liked it in The Wolf of Wall Street) and we vowed then that we would return. So, there was a slight sense of déjà vu surrounding my invitation to test drive the Ferrari Portofino – which shares its name with the town we were in, if you hadn’t already guessed. Portofino is also where the car was seen by the public for the first time in September 2017. When Ferrari asks you if you’d like to take one of its masterpieces and test drive it for the day, without hesitation, you grab the key! 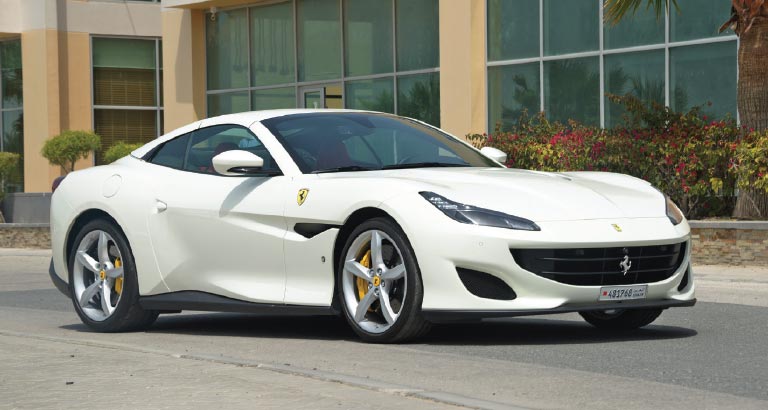 The Ferrari Portofino basically replaces the California T, which had a 10-year run and sold more than 11,000 units, making it the best-selling Ferrari in the stable (get it?!). The Portofino offers you the hard or soft-top driving experience option. It’s got 591 prancing horses inside a 3.9 twin turbo V8 engine which races to 60mph (96Kmh) in 3.5 seconds and reaches a top speed of 199mph (318Kmh) in a breathless 10.4 seconds using a seven-speed dual clutch.

There are two driving mode options, comfort or sport. I selected comfort mode as in sport mode I found the ride to be a bit on the solid side with a more sensitive throttle and steering. I also enjoyed using the manual paddle shifts rather than selecting automatic mode – far more fun – and, with the top down, there was the added bonus of increased decibels from the engine as it emitted its ubiquitous Ferrari roaring, howling, burbling and popping.

As mentioned before, the Portofino is the California’s successor and, on a point of marketing interest, did you know that approximately 70 per cent of Californias are owned by drivers who had never owned a Ferrari before, poached from other manufacturers; is that not a brilliant marketing success? Also, Ferrari says 85 per cent of California owners use their car pretty much every day, which is more than one and a half times greater than the typical usage on other Ferrari models. Apparently, the back seats are occupied 30 per cent of the time, albeit by very small people! This also alludes to the age demographics of this practical Ferrari for young families. Certainly, the Portofino is an everyday Ferrari and is the perfect car for those who want a fast, luxurious open-top they can drive 24/7. 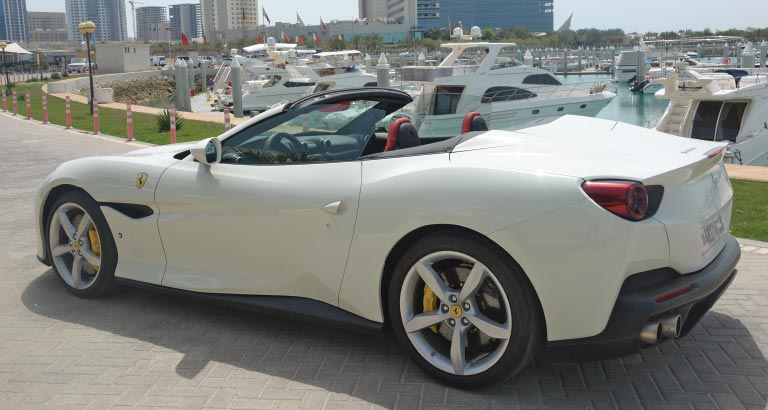 So, the Portofino was designed and built on the California strengths and also addressing its weaknesses. Having had the previous pleasure of driving the California T, in comparison, I found the Portofino to feel much lighter. It is actually 80kg less – which is a lot in Ferrari terms – giving a more responsive feel. Ferrari has also increased the Portofino’s range and added a tad more – two inches, hey, two inches count – legroom in the back, which, if you want, can fold down for added trunk space. You want to put the top down? Done, in only 14 seconds and at up to 25 mph (40kmh), that got a few admiring looks from the guys behind me!

I thought the interior to be similar to the GTC4 Lusso, and yes, I have had the pleasure of driving that also. The large infotainment screen in the centre of the dashboard and a separate screen in front of the passenger displaying the same performance information, including G force, is seriously cool. The interior is precisely as one expects from Ferrari, immaculate craftsmanship. Primarily leather, carbon fibre and aluminum materials, they blend seamlessly into a perfectly luxurious and senses-pleasing cabin, good Feng Shui.
I have to mention some of the interesting extras you can get with this beauty. An Apple play, front and rear parking cameras, and – I love this one – a carbon fibre (to minimise weight) cup holder. I hasten to warn you, selecting this little option will set you back, USD2,000, but hey, this is a Ferrari. The button for instant rough-road shock adjustment is brilliant, as is the whole steering design, pretty much everything in a palm span to switch on or off.

There have been rumblings that the California’s rear end is a tad bulbous, the car weighty and underpowered, pedantic whining methinks.  I did find the Portofino to be more aesthetically appealing than its predecessor. Since the departure of Pininfarina after the F12 Berlinetta, some muse that a bit of elegance had gone from Ferrari but the Portofino has regained elegance and Ferrari says the shape was inspired by the 1968 Daytona…yes OK, with the top up, indeed you can see that.

The Portofino is obviously not as quick as the 812 (which is called the “Superfast” after all) in a straight line and the 488GTB would be a better bet on the track. But, the Portofino is delightful for effortless cruising at “moderate” speeds and use on a daily basis. With the roof up or down this is a comfortable Ferrari Gran Turismo but with the top down on a sunny day – of which we get quite a few in our neck of the woods – the Portofino is just pure awesome driving fun in a really great looking car. That brilliant motoring combination is what the geniuses at Maranello wanted for their customers. Well, with the Portofino, they got it bang on.