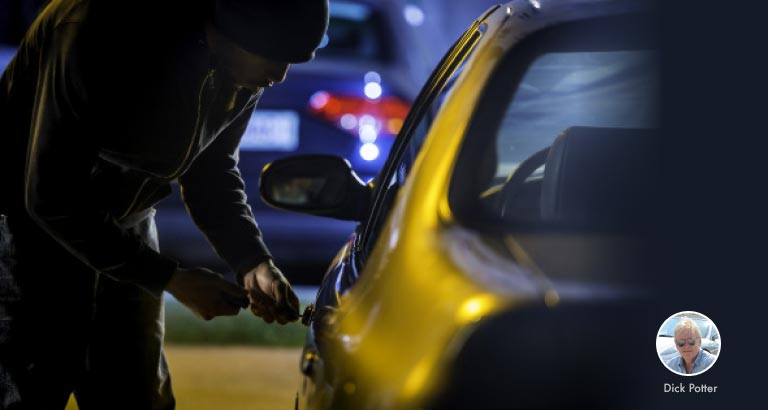 Ever wondered which cars are the most stolen? Or perhaps the ROI for the previously stolen ‘Most Favourite Car in the World’? Dick Potter finds out.

I start this month’s article with a note of gratitude - and sincerely hope that I am not tempting fate with it!  We’ve been very lucky not to have been the victim of auto theft - see mention about not tempting fate. We have had a vehicle broken into a few times, another story for another day - but, car theft, fortunately not.

My ancient motorbike was once stolen from outside our house in Adliya but thankfully turned up unscathed at the Isa Town Traffic Directorate compound a few months later; that was traumatic enough for me. So, for the owner of a stolen automobile, traumatic would be a slight understatement, I should imagine.

I write of car theft this month as an article I read recently concerned a James Bond Aston Martin DB5 that went “missing” and has apparently been “found”. The Aston was stolen 25 years ago from a private plane hangar in Boca Raton Florida. This, or one of them that was used in the movie Goldfinger and Thunderball was equipped with ejector seats, tyre shredders, machine guns and other such essential gadgetry.  More importantly, it began the relationship between Aston and 007 which still endures today. The insurance company’s pay-out after this theft in the late ‘90s was rumoured to be in the region of USD4 million - that’ll most likely be those ejector seats, they don’t come cheap.

Interestingly, well, what’s not interesting about a Bond Aston, this car took less than 13 minutes of screen presence for the 1964 Aston to gain the title of ‘The Most Favourite Car in the World’.

The “missing” Aston is reported to have been spotted in the Middle East; actually, the rumour is that it’s currently in a private car collection somewhere in the GCC - that narrows it down somewhat, doesn’t it?! On the off chance that you do happen to know anyone with a private car collection, it might be worth your while to have a nose around in their garage/s, given that the reward for the car is $100,000 as per ‘The most famous car in the world’ podcast.

Currently, the car is thought to be valued at USD30 million, that would have been rather a nice little ROI for Mr. Pugliese, the chap who bought it for USD400,000 in 1986. 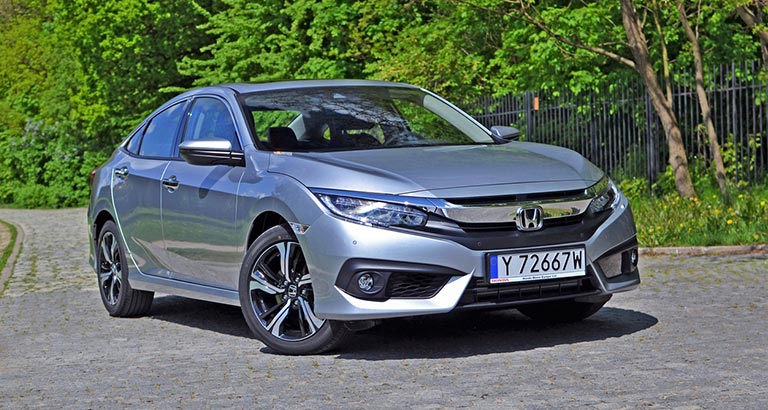 As a matter of interest and for research purposes for this article, I googled the car model which is most commonly stolen. I was surprised by the response. It’s a Honda Civic apparently, followed by a Honda Accord and in third place, a Ford pick-up. Being a very thorough researcher, I delved deeper and bring to you the most common car colour of a stolen vehicle, it just so happens to be silver. Of course, should you next see one of the aforementioned three vehicles on the road, in the aforementioned colour, I don’t suggest you assume it to be a stolen vehicle. On the other hand, if you see someone whizzing about in an Aston Martin DB5 with a machine gun poking out of the headlights, you might just bag yourself the reward money!

Safe motoring all - and if you’re the owner of a Silver Honda Civic, lock it up [email protected]