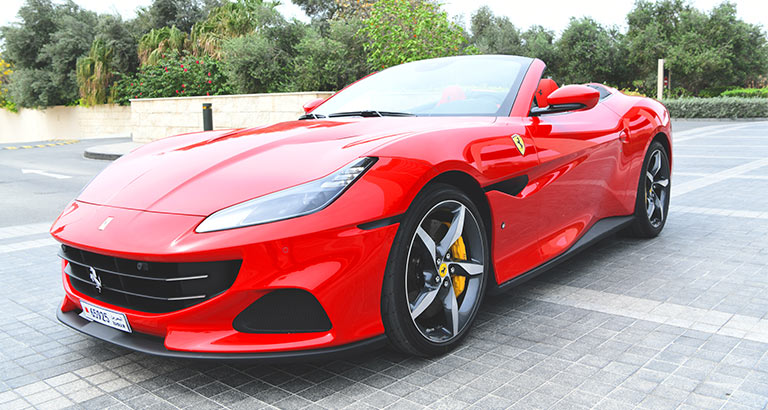 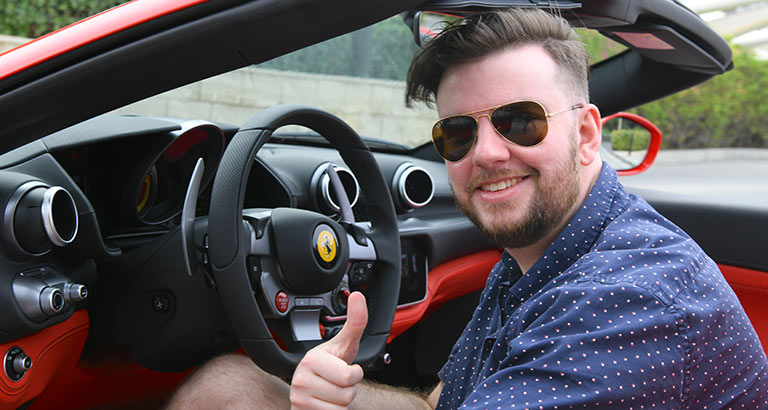 Kristian Harrison lets his hair down in a stunning convertible – the Ferrari Portofino M.

Sometimes, it’s easy to take this job for granted. Taking new cars out for a spin on the roads becomes commonplace, and it’s easy to forget how lucky I am sometimes.
Then a car like the Ferrari Portofino M comes along to remind you why I love it; it’s a real dream come true. This cool convertible just oozes luxury, style and power.

I knew it was going to be a good day when I arrived at the Euro Motors Ferrari showroom in Sitra and saw the vibrant beauty parked outside. As much as I enjoyed taking the Roma out last month; I couldn’t help but think: Is it really a Ferrari if it isn’t bright red?
Luckily, there were no such issues here. There she was, as red as roses. Slipping into the leather seats and firing up the engine with the button on the steering wheel, my first port of call was to find the button which controls the roof. In less than 15 seconds, the entirely automatic process was complete and I was basking in the glorious sun with the wind blowing through my hair. The roof would not come back up until I parked up again many hours later! 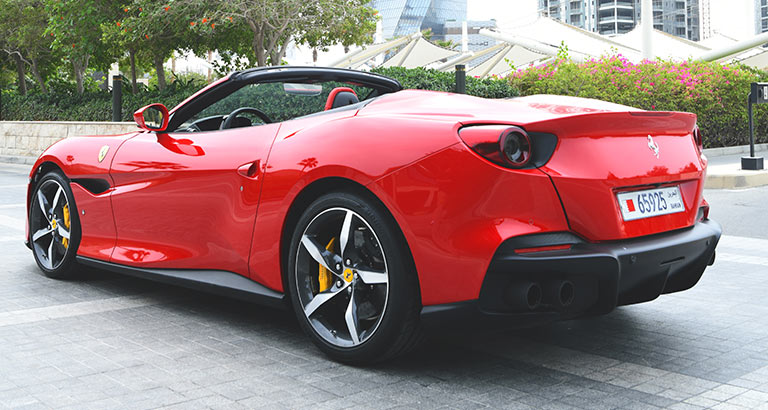 On the design front, this latest stroke of genius from the Prancing Horse features a redesigned powertrain, a new eight-speed gearbox and the five-position Manettino dial that includes modes such as Wet, Comfort, Sport and Race so you can quickly adjust the car to your preferred driving conditions.

The Maranello masterpiece was simply a dream to drive. The steering, thankfully, was heavier than you’d expect from a car which is otherwise very compact and nimble. A beast like this should have some weight to it, and it makes driving in and out of traffic much more satisfying coupled with the roar from the 3,855cc engine.

Speaking of which, the heart of the car belongs to the V8 turbo family voted International Engine of the Year on four consecutive occasions (2016-2019). The power unit can punch out 620cv at 7,500rpm, and the throttle response is instantaneous.

The Portofino M’s harmonious styling exudes luxury from both the interior and exterior. The bodywork features a front, flanks and tail that are part of a single seamlessly sculptural design, while the cabin’s volumes and lines are stylistically consistent.

All infotainment features are controlled via the touchscreen at the centre of the dash within easy reach of both driver and passenger. It includes a full HD multi-touch capacitive screen and is compatible with both: Apple Car Play and Android Auto.

I was particularly impressed by the crystal-clear sound system built into the car. Even with the roof down, a strong headwind and going at speeds close to (but not surpassing of course!) the kingdom’s speed limits, I could hear every guitar note and cymbal crash from my songs of choice.

As for driver feedback, Ferrari’s HMI (Human-Machine Interface) centres on a digital cluster with dual TFT displays arranged around the analogue rev counter in a circular, anti-glare binnacle for optimal viewing without having to significantly alter your gaze.

Ultimately, my experience was nothing but sublime. There’s no greater feeling in the world than taking a (red!) convertible sports car out on the open road with a powerful engine bellowing in your ears. The only downside is that it had to end and I had to face the sinking feeling of driving my comparatively terrible motor back home!
For more information, visit the Euro Motors Ferrari showroom in Sitra or call 17734734.