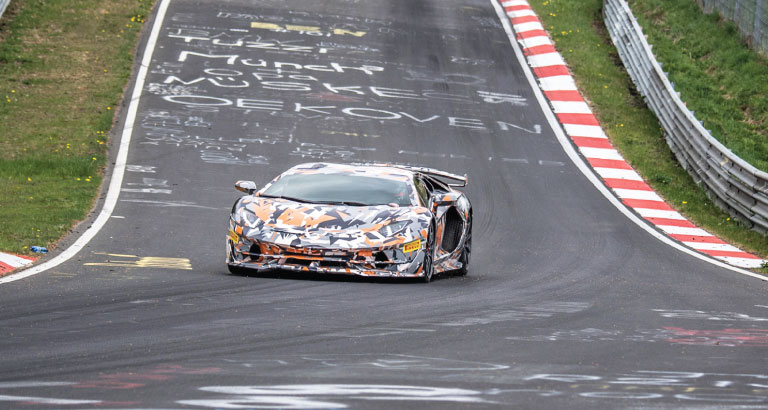 I've just seen on the BBC news that there are plans afoot by those safety bods in the United Kingdom to have an imposed speed inhibitor fitted to cars. This sends a shiver down my spine.

Yet another measure by people – who probably ride bicycles and hug trees – who want us to protect ourselves, since we all clearly seem to be hell-bent on self-destruction. Big brother wins yet again. We can't eat or smoke in our cars either, in some countries, and Volvo is now talking about introducing a cockpit eyeball scanner. This little gem will be able to detect if you've had a drink or are tired. If it deems that you have or you are, it will immobilise the car until it determines you're safe. Whatever next? Enforced coffee breaks to stay alert? Oxygen pumped in?

Goodness knows what the people in the fast car manufacturing business think of being basically targeted to be hobbled. What is the point of having a fast car? We may as well go around in little electric boxes with four wheels on. Where is the thrill of fast pursuit and an adrenalin rush to be sourced from?

Many governments are clearly forcing thrill seekers off the road and soon the only avenue will be to take our cars or bikes onto an expensive regulated sterile track to go fast – but only if we can switch the immobiliser off!
I mean, seriously, what's the point of having a road performance car if you can't perform on the road?
The Germans have it nailed – trust the Germans – it's called the Nürburgring and it's a track for the public where, for a minimal fee, you can drive your vehicle on the track as you want. If you crash, they'll clean up the bits of metal – albeit for a nominal fee.  Should you bend a barrier, there's a charge per metre for that also. If you hurt or kill yourself, they will tidy that up also, it's entirely your call. No namby-pamby ‘Health and Safety’ nanny state there.

So, what about setting up something similar here in Bahrain? Yes, I hear you dear readers, I mean apart from the Sheikh Salman highway!

Our foresighted leaders brought the F1 here – which is fantastic. Now, what about a road circuit that we can thrill ourselves on? We would pay for the honour of using it of course – think of it as another lucrative money earner for the Kingdom. Foreign and local car owners could bring, store and drive their cars here – drive them as they're supposed to be driven. There could be bespoke garages and warehouses, service provisions, coffee shops to screech to a halt outside, with provisions to sit outside and admire your own and others’ wheels – be they two or four. If you bend your super car, the super car lads will be there to fix it. Loads of yummy business opportunities all around!

The Nürburgring is great for cars and bikes to do what they are built and tuned-up to do. For bikes the same happens every year in the Isle of Man, TT event. On that weekend, on a dedicated day – Sunday I believe – is when the public road, which is the track, is open to the bikes and quite literally anything goes. There are no limits and, yes, some bikes do crash and some riders die but it’s their choice and they know the risks, same as a sky diver knows the risk of the parachute not opening as he throws himself out of a plane, which is of course part of the thrill. So please, let our Kingdom's leaders look into constructing an open-road facility where we can drive, or ride, to our limits; if we mess it up, so be it. We were not made to be pushed and confined because we humans strive to excel and push boundaries, it’s in our genetic make-up to take it to the limit!
Safe driving all!