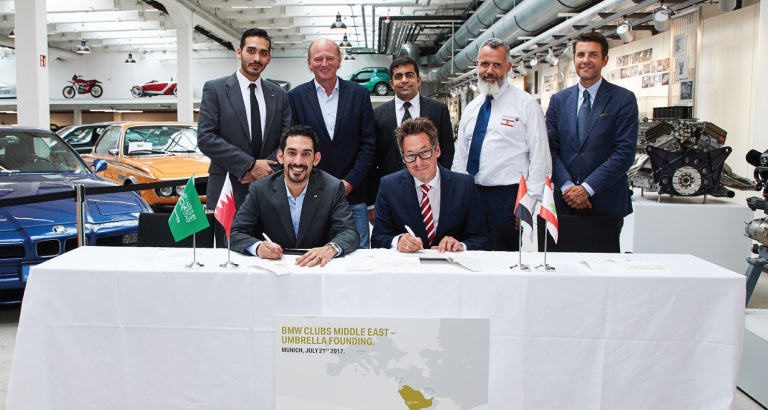 The official BMW Club Middle East Umbrella has globally recognised regional clubs, giving them a formal connection to the manufacturer as well as access to a wider network of peers around the world.

The brand’s owners, drivers and enthusiasts in the Middle East will now be able to celebrate their passions with the formation of the new BMW Club Middle East Umbrella on the instructions of the BMW Clubs International Council. Supported by the BMW Club & Community Management (BCCM), the first clubs to come under the new Umbrella are the BMW M Club Bahrain, BMW Car Club Saudi Arabia, BMW Car Club UAE and BMW Motorrad Lebanon. They were formally recognised during a recent international council meeting held in Cape Town, South Africa.

With the official recognition gained from being part of the Umbrella, more clubs will be able to join in. The international affiliations will allow members access to a wider network of peers, not to mention the opportunity to be linked with like-minded individuals who share their passion.

“We are thrilled to see our extremely passionate regional clubs formally recognised by the BMW Club, and are really looking forward to seeing them flourish and grow thanks to the expanded network and support that this move will bring,” says Salman bin Rashid Al Khalifa, BMW Clubs Middle East chairman and president of the BMW M Club Bahrain.

The Middle East is the latest region in the world to be included on the official list of Umbrellas. This decision has come thanks to the acknowledgement and support of local BMW distributors in the region, who had seen the high level of regional interest surrounding the brand. The move is a significant one that will bring together around 6,000 BMW enthusiasts across the region.

With its three brands — BMW, MINI and Rolls-Royce — the BMW Group is the world’s leading premium manufacturer of automobiles and motorcycles and also provides premium financial and mobility services. As a global company, the group operates 30 production and assembly facilities in 14 countries and has a global sales network in more than 140 countries.

The success of the BMW Group has always been based on long-term thinking and responsible action. The company has therefore established ecological and social sustainability throughout the value chain, comprehensive product responsibility and a clear commitment to conserving resources as an integral part of its strategy.