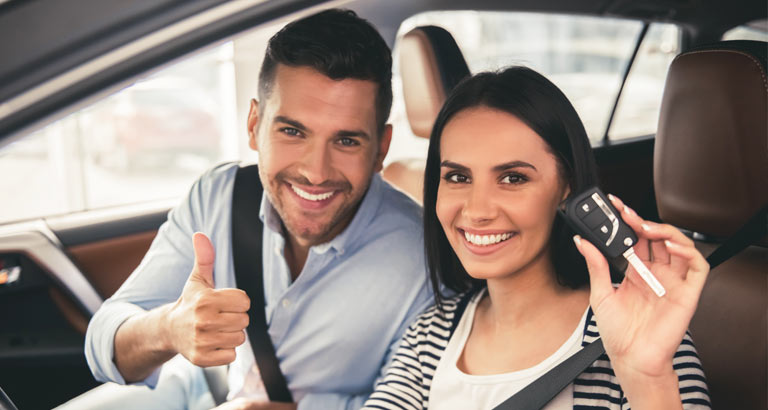 As far as is practicably possible, I try to avoid the Sitra Causeway. I shall leave you to speculate why. At the ubiquitous standstill there recently, and actually noticing the profusion of car dealers there, got me thinking. Do residents in Bahrain generally buy new or used cars? It’s a conundrum that every car buyer has to face at some time or other.

Given the demographics of Bahrain’s population – including its expatriate population – one might generally conclude ‘locals’ buy brand-new, expatriates buy used. Indeed, many buyers, including myself, have at times elected for both options. I remember a time in Bahrain when it was commonplace for expatriates to buy a new car prior to returning to their home country to save on associated import duty. This practice doesn’t seem so commonplace nowadays.

Price aside, I find the new car smell intoxicating; being the first driver is also a pretty special experience. Of course, new cars spend less time in the workshop, and if your new set of wheels is in the workshop under warranty some dealers may offer a replacement car. A nearly-new used car could even afford some remaining portion of the new-car warranty. A used one, on the other hand, usually costs more to maintain and may spend more time in the workshop. Perhaps just a day here and there, more for bigger repairs, and it all accumulates.

Opting for the used car option could mean inheriting someone else’s problems. It’s a roll of the dice really. However, whilst you’d be foolish not to do a bit of investigation to lessen the likelihood you’re buying a pile of scrap metal, you still cannot guarantee some issues won’t go undetected. No matter how well a car has been maintained, at around 30,000-plus miles it’s inevitable some bits and bobs are going to wear out. Consequently, maintenance and replacement costs will be higher for an older vehicle than a new one. Unlike depreciation, repairs and maintenance are hard costs that must be shelled out for as and when they arise – car dealers do well on spare parts generally!

What about the legwork required to actually getting your hands on your vehicle? Once you’ve chosen it, or at least narrowed down the make you’re interested in, the new car search can simply be delegated to the salesperson. In the used car territory, the legwork is generally down to you. Granted, in a country with more than its fair share of transient expatriates, we are spoilt in terms of choice. However, it involves trawling the Internet, countless phone calls and visits to multiple private sellers or driving from garage to garage to look at cars. These are just some of the delights awaiting your time and patience.

For me, it makes more sense to buy a quality used car despite depreciation. Yes, a new car loses between 20 and 30 per cent of its value the moment it rolls out of the dealer’s parking lot. There’s also less mental trauma with a used car.  No need to throw a fit when you see the first dent or chip in the bodywork or paint. Now, I do appreciate that, to some, depreciation is not important and it has little effect on that owner who keeps and drives his car until the wheels fall off. After more than a decade or two, that old banger won’t be worth much in terms of trade-in or resale value anyway.

We’re probably all guilty of having had an emotional bond to a car at some stage or other of ownership. Safe to assume, such bond is possibly missing in our relationship with, say, the dishwasher or the vacuum cleaner. Yes, a car is a special purchase. It can convey status and provide pleasure, but will it make you any smarter, better looking or more interesting?