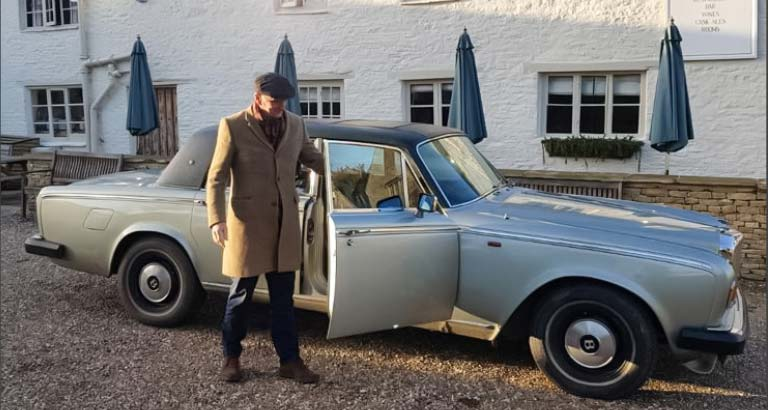 Bundled up in my warmest coat, bobble hat, scarf and gloves duly on, my face was a picture of glee and anticipation as I clambered aboard the stately 1977 Bentley T2. I was half expecting to see Elton John sat in the back seat, sadly, there was no Rocket Man.

Much as I’d like to claim ownership of this elegant lady, that honour lies with my friend Trent. Faithful followers, you will remember Trent as the driver – as opposed to polisher – of the Ferrari 348 I wrote about after a brief sojourn last Christmas. Well, it was time for another visit, whilst in chilly Blighty last week, hence the copious layers of aforementioned attire.

The Bentley – acquired by Trent since my last visit – was, at the time, in 1977, groundbreaking in motor technology. It has an interior every bit as imposing as the outside. Front seats that resemble armchairs (mine was a tad reclined; on attempting to upright it, a mirthful “I wouldn’t” from Trent ensured I kept my hands off any controls for the drive!), a walnut dashboard, map reading light and lamb’s wool floor mats, for starters; not to mention a giant boot! 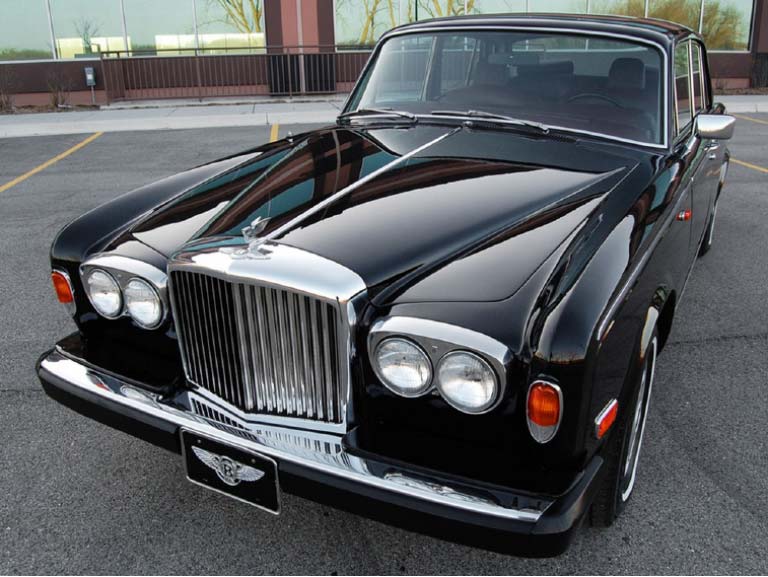 The back seats three passengers but with two, seating is infinitely more capacious. All four doors have inbuilt silver ashtrays and cigarette lighters – Woodbines not included regrettably. The back doors sport walnut vanity mirrors with toggle light switches – handy for that all-important lippie touch-up prior to alighting at the neighbour’s pile in the countryside undoubtedly. The back seat pockets have portable foot rests for placement on the lamb’s wool carpet – no, we weren’t quite sure why you might need them either.

Comfortably settled in, off we glided in the ‘Waftmobile’ (her affectionate moniker). Our destination?  A spot of luncheon in a country pub in the Cotswolds, where else dear boy?

The V8 engines rumbled smoothly and the Bentley’s 4,000kg bulk cruised along in a reassuringly solid manner. Suffice to say, she’s a bit of a head turner and she did garner quite a few second takes as we charged along both motorway and country lanes.

This grand lady does like a tipple however, an eye-watering bundle of money exchanged hands at the filling station; the petrol gauge moved almost imperceptibly – Trent assured me it does actually work.

On arrival at our destination, we were amused at the very “British” array of vehicles, namely, a Range Rover, Mini-Cooper and Jaguar – none of those foreign fancies – already in the car park. They almost visibly bowed in deference as this majestic lady swept into her spot.

All in all, this car is truly redolent of times past, it was my first time in such a regal lady (no offense to the Missus!) hopefully it wasn’t my last. The Bentley T2 was a truly lovely bonus indeed to a super visit with our friends. I’m already looking forward to the next visit, the anticipation of which vehicle awaits me not withstanding… a Bugatti perhaps Trent?