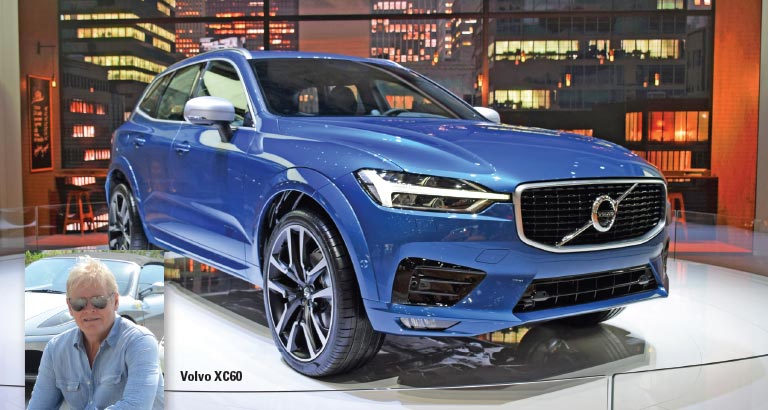 One traffic accident is reported every 14 minutes in Bahrain. That’s according to an article I read which was published in a medical bulletin in 2003.

Has the timing of traffic accident reporting changed since then? That, I do not know. I do know, however, that all drivers in Bahrain will concur with the section of the article which stated the need for tougher enforcement of legislation and policy for speed limits, seat belts, driver education programmes, and collaborative studies to support road traffic accident prevention and safety. Now, whilst the traffic directorate deals with this, do we drivers have means at hand to better protect ourselves should we be involved in a traffic accident? What if we could drive safer cars? Well, maybe we can.
Every year, before a new car hits the showrooms, it goes through rigorous testing by safety organisations – in Europe that is the European New Car Assessment Programme (Euro NCAP), for example – and is then rated based on how it does in crash tests. Types of crash tests would include head-on shunts and T-junction smashes. Dummies are used for these tests, not real people, dummies! The top models in each category are then revealed so that drivers know which motor would protect them the best, should they be involved in a traffic accident. Yes, we know the vast majority of new vehicles have great safety features; however, some surpass others, so, here are the picks of the crop for 2018 then.
Given the predilection for SUVs in this neck of the woods, I’ll start with this category. Ta dah, it’s the Volvo XC60. This very snazzy looking vehicle, I must say, received accolades for its protection of passengers in the aforementioned crash tests. It scored 98 per cent for adult and 87 per cent for child safety. Passengers suffered very little impact and were unlikely to get whiplash. Furthermore, its occupant ratings are among the highest on record for vehicles tested in 2017.
In the family car section, Subaru came out tops – with two models! The XV SUV and the Impreza hatchback both triumphed. Since they’re identical in how they’re made – despite looking different, you understand – Euro NCAP awarded both of them 94 per cent in tests for adult safety and 89 per cent for child safety.
Moving on, we have the ‘posh’ vehicle category. The winner here was the Volkswagen Arteon. Whilst it competes with cars such as the Audi A5 Sportback, it scored higher in safety tests. It scored 96 per cent in adult occupant safety tests and 85 per cent in tests for child occupant safety.
Lastly, but evidently not least, was the Volkswagen Polo hatchback. Despite its minuscule size – this is the small car category – it scored 96 per cent for adult safety and 85 per cent for child safety. Furthermore, it includes, as standard, some of the latest vehicle safety systems.
So there you have it. If that wasn’t something you previously considered before buying a car, this article might help you put it on your shopping list? Whilst we may not be able to control many of the factors that contribute to being involved in a traffic accident, driving a safer vehicle could certainly go a long way to preventing the ensuing injuries.
Safe driving all.
Email [email protected]