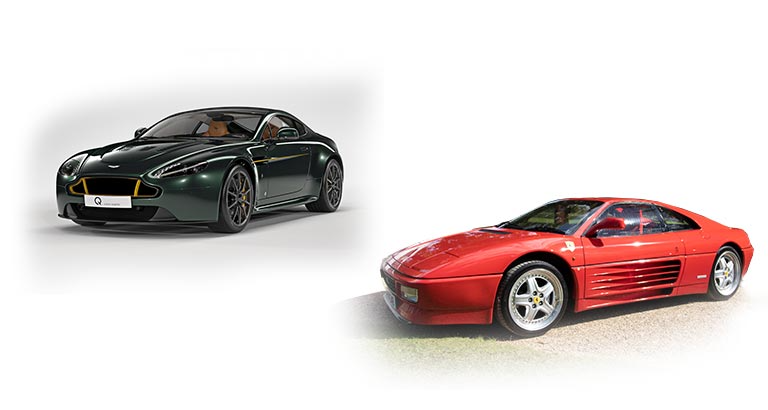 The London Concours presented by Montres Breguet is now extended over three days, cementing its reputation as one of the UK’s top motoring events. The third and final day of this year’s event is ‘Supercar Day’, in association with Drivers Union. The exclusive supercar owners club will bring 60 of its members’ finest cars to grace the lawns of the Honourable Artillery Club, alongside 100 of the world’s rarest and most collectible cars.

Among the 60 eclectic supercars will be a beautiful, limited edition Aston Martin V12 Vantage S Spitfire edition, which was a unique tribute by Aston Martin Cambridge to the Supermarine Spitfire, celebrating its 80th anniversary.

Also making an appearance on the lawns will be one of many stunning Ferraris. The Ferrari 575 was launched in 2002, designed by styling house Pininfarina, the car was essentially a tweaked version of the beautiful 550 Maranello.

Adding to the collection of supercars on display are a few quirkier vehicles which include a BMW Z8 which was most famous for its role in in the James Bond film The World Is Not Enough, the ultimate 80s pinup the Porsche 911 930 Turbo, and the definitive hellraiser from Blackpool, the outrageous TVR Sagaris, complete with side-exit exhaust pipes.