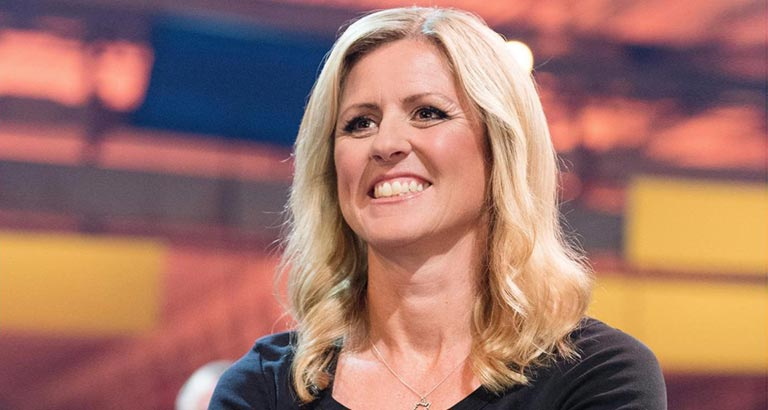 It was with great sadness that I learned that the “Queen of the Nürburgring” had passed away last month. Sabine Schmitz, the aforementioned queen, was first and foremost a phenomenal, professional motor racing driver. She was in her element, scorching tyres and denting-mostly male - egos around motor racing’s most formidable and dangerous track, the Nürburgring. Growing up near the circuit, coupled with jaunts in the family car on the north loop of the circuit- the Nordschleife- was a possible influence on the origins of car racing in the three Schmitz sisters. However, only Sabine continued and went on to achieve several notable victories. Progressing up through lower-level racing categories, she became the only female race car driver to win the annual Nürburgring 24-hour race, a feat she accomplished twice: in 1996 and 1997.

The inimitable style in which she drove either of the BMW M5 cars - used to taxi people around the race track - coupled with her charismatic and humorous manner, brought Sabine mass public recognition and acclaim. Her familiarity with the circuit was undoubtedly accredited to her completing an astonishing 20,000 laps of it, both solo and in her famed tourist taxis. She also ran her own team - Frikadelli Racing - with her husband, Klaus Abbelen.

In December 2004, Schmitz gained recognition in the United Kingdom after appearing on Top Gear with Jeremy Clarkson. This was not their first meeting. Sabine had previously coached Clarkson around the Nürburgring in a Jaguar S-Type diesel. Clarkson had a set lap time of 9 minutes 59 seconds. When Sabine subsequently did the circuit with a set lap time of 9 minutes 12 seconds, she beat Clarkson by 47 seconds. Apparently, whilst attempting to film Schmitz as she drove the S-Type, the film crew were unable to keep up, and were reduced to roping in the Jaguar test driver to drive the Jaguar S-Type R chase car! Bravo Sabine!

On a subsequent Top Gear episode, to celebrate the 40th anniversary of the humble Ford Transit van, Top Gear challenged Sabine to drive a Ford Transit diesel van around the circuit in an attempt to beat Clarkson’s time set in the Jaguar. Firstly, I couldn’t have selected a more perfect vehicle for the challenge. Secondly, Sabine just missed Clarkson’s time by 9 seconds!

Sabine became a regular guest star and firm favourite with the viewers on Top Gear. She continued to feature following Clarkson’s departure and from 2016 became one of the show’s regular team. Clarkson - possibly better known for his somewhat acerbic views of individuals - described Sabine as “such a sunny person”.

Whilst indeed many of the presenters of Top Gear, past and present, paid tributes to Sabine, I must confess to a particular pang of envy reading Paddy McGuinness’ tribute. A current presenter, McGuinness thanked her for giving him tips on how to “drive a Ferrari very fast”. Having test driven many Ferrari’s - I can confirm that “very fast” is the only one way to drive one of these lovely creations - and I should dearly like to have been given any driving tip from Sabine!

Car racing wasn’t the only string to her bow however. Trained in the hotel and catering business, she owned a bar-restaurant in Nürburg named the Fuchsröhre (Foxhole) after one of her favourite sections of the track. As if that wasn’t enough, in 2004 she qualified as a helicopter pilot. A remarkably clever and talented lady indeed. Perhaps a section of the famed Nürburgring circuit might be named in her honour?

Let me know how you think she might be best remembered, at: [email protected]