Stepping Back to Normal 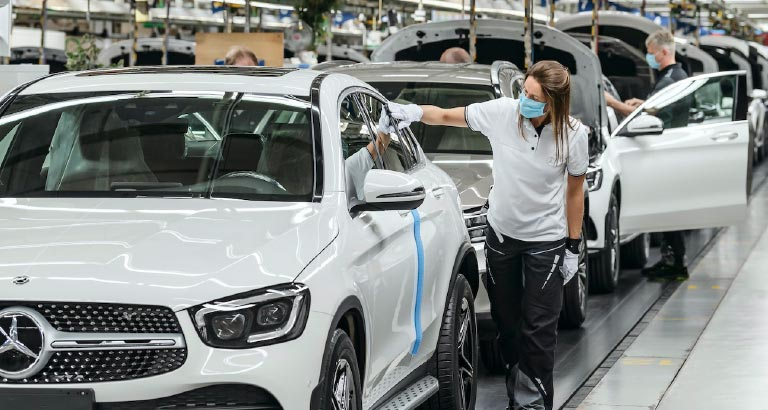 After a production suspension period caused by the COVID-19 pandemic, Mercedes-Benz car plants have successfully restarted worldwide production step by step. Towards the end of April, the engine and component plants in Germany gradually resumed production first, followed by the Mercedes-Benz car assembly plants. The production ramp-up is designed to be flexible to be able to react to current developments and country-specific regulations. In resuming production in a coordinated manner, Mercedes-Benz is continuing its product and electric offensive and thereby also serving its largest sales market in China, where the company is seeing a significant increase in demand again.

Mercedes-Benz Cars Operations (MO) is responsible for passenger car production at more than 30 locations around the world. Production in China has been gradually resumed since February. All other international locations have been running since the middle of April. These include the plants in Sebes Cugir, Romania, that manufacture transmissions; the Mercedes-Benz passenger car assembly plants in Kecskemét, Hungary, an important part of the global compact car production network; in Tuscaloosa, USA, the longstanding location for SUV production; and in East London, South Africa, a part of the global production network for the C-Class. The Hambach, France, plant, which produces the electric smart EQ models, has also been gradually ramping up operations since the beginning of June.

To protect its employees, the company has taken precautions to prevent infection and has agreed on a comprehensive set of measures with the General Works Council, which were introduced in the plants.