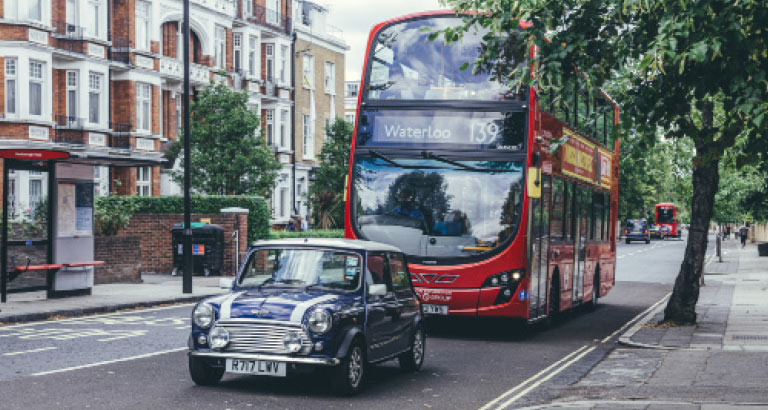 Dick Potter takes us through the UK’s illustrious role in the world of motoring.

The British involvement in the automotive industry has been at the forefront of the motoring sector for decades. This involvement has led to the creation of some of the most iconic cars in the world-such creations including Land and Range Rovers, Aston Martins, Bentleys and the Austin Mini. Other leading UK brands over the years have included Daimler, Jaguar, Lotus, McLaren, Morgan and, of course, Rolls-Royce. The UK is also a major manufacturing base for some of the world’s most recognised brands including Honda, Nissan and Toyota.

The UK embedded its tentacles in the automotive industry near the end of the nineteenth century. In 1885, Gottlieb Daimler patented a design for a new petrol-based engine, whilst simultaneously befriending London-based engineer Frederick Simms who acquired the British rights for the engine design and associated patents. In 1893, Simms formed the Daimler Motor Syndicate Limited. Despite the young UK automotive industry finding such footing, the Locomotive Acts of the nineteenth century impeded its growth, ironically due to restrictions on the use of cars on public roads - which were eventually eased in 1896.

Whilst early British vehicles were based on the designs developed in Germany and France, the first all-British four-wheel car emerged in 1900 with a vehicle designed and built by Herbert Austin. In 1901, Austin launched Birmingham-based Wolseley Motors Limited which remained the UK’s biggest car producer until 1913, when and until Henry Ford opened his plant in Manchester. Other major players included Rover and Humber, both of which were based in Coventry and by 1922 an astounding 183 motor companies were operating in the UK.

By 1944, 90 percent of motor vehicle production was controlled by the British Motor Corporation (BMC), Ford, Rootes, Standard-Triumph, Vauxhall, Rover and Jaguar. In 1955, the UK had emerged globally as the second largest car manufacturer and had also become the world’s largest exporter of cars. As German, Japanese and American vehicle production grew from economies recovering after the Second World War- the UK’s status as a major manufacturer declined - the contribution of higher labour and production costs, when compared to other countries, did not help. 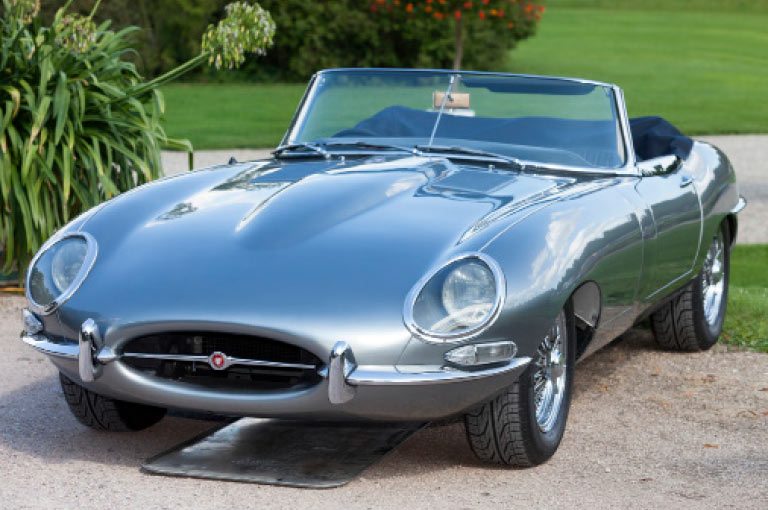 A legendary British sports car 1964 Jaguar E-Type S1 Roadster in excellent condition at a vintage car meeting. This model was manufactured by Jaguar Cars Ltd between 1961 and 1975.

The 1950s and 1960s saw the beginning of a major consolidation of UK production caused primarily by a steady decline in the UK’s position in car manufacturing. In 1952, the Nuffield Organisation merged with Austin to launch BMC. The Nuffield Organisation had been formed in 1938 with the merger of Morris Motors, MGS, Wolseley and Riley. At its founding, BMC controlled 40 percent of the UK market. BMC and Jaguar merged in 1966 to form British Motor Holdings (BMH), while Leyland-Triumph purchased Rover and Chrysler UK acquired Rootes in 1967. By 1968, the British Leyland Motor Corporation (BLMC) was formed from the merger of Leyland-Triumph-Rover and BMH.

Despite efforts to recover with new vehicle designs, BLMC’s dominance in the UK market diminished during the 1970s. The UK continued to fall as a top car producer and was thus rated as the sixth largest manufacturer in 1974. By the end of the 70’s, newly-formed British Leyland was the only major stand-alone UK car maker. Other UK manufactures from Ford, Peugeot-Talbot (which had been formed after Chrysler UK sold its UK operation to Peugeot) and Vauxhall has become increasingly integrated with companies of other European countries. 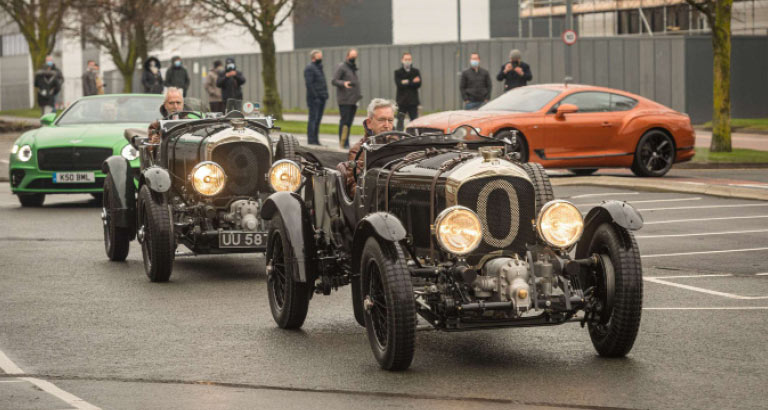 Young and old Bentley models mark the opening of the Bentley Motors Campus in Crewe, England.

Since the 1980s, the automotive industry again saw a major shift with further consolidations and an increase in foreign car manufacturing in the UK. British Leyland was renamed to Rover Group in 1986. Meanwhile, foreign car makers, including Citroen, Fiat, Renault, Peugeot, Volvo and Volkswagen continued to make factory inroads in the UK. In 1986, Nissan established its first European production in Sunderland, with Toyota following suit in 1992 with a factory near Derby.

In recent years, major UK brands have been acquired by international car makers, including the purchase of Mini and Rolls-Royce by Germany’s BMW, the acquisition of Bentley by Volkswagen, and Ford’s acquisition of Aston Martin and Jaguar. More recently, Jaguar and Land Rover were acquired by Tata Motors of India, while MG was purchased by China’s SAIC Motor Corporation.

Today, the British automotive sector is known as a major exporter with approximately 70 percent of all vehicles made in the UK being exported.

Now, where better to see some of those beloved British cars portrayed than on the silver screen? Who hasn’t enjoyed watching The Italian Job, when the red, white and blue Minis flee through Rome with the loot? Ditto, Austin Powers’ mojo ‘E’ type Jaguar adorned with the Union flag paint job, or perhaps James Bond’s escapades in one or other of his iconic fleet of Astons? Then, there’s Her Majesty the Queen, historically pictured whilst regally acknowledging us through the windows of her ubiquitous convoy of Rolls Royce’s! All wheels aside, one would be hard pressed to beat the UK when it comes to a motoring pedigree. 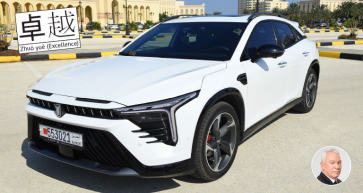 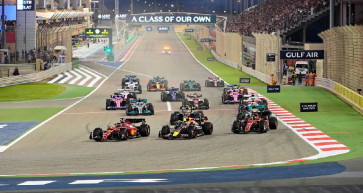 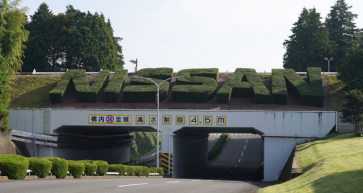