Adopting? These Cats are up for Adoption at the Bahrain Animal Rescue Centre 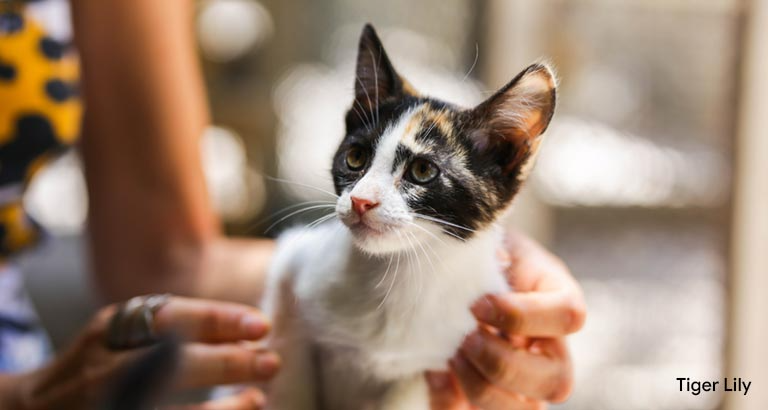 We could all use a bit of happiness right about now, and what better way than in the form of a pawesome cat?  The Bahrain Animal Rescue Centre (BARC) is one of Bahrain’s renowned animal shelters which was founded by the late Tony ‘The Dogfather’ Waters several years ago. BARC currently cares for nearly 400 animals, so here are 4 more of their lovely cats that are currently up for adoption.

Tiger Lily was born at Bahrain Animal Rescue Centre. Her mama Mitri (who also needs a home!) was dumped heavily pregnant and gave birth to four kittens, two of which didn't survive, one was adopted and Lily is the only one left.

She is two months old, eats on her own, uses a litter tray, loves to play and explore. Lily is enjoying her time in a foster home. She loves being around humans, but they have to win her trust first. "First night she was a bit scared, so I wrapped her up in my t-shirt and laid her beside me", said her foster mum. "I guess all she wanted was warmth".

Before we closed our doors to the public (only temporarily, as per covid-19 rules in Bahrain), every weekend a visitor or two would ask if the tabby & white cat in the middle cattery was pregnant.

Well, HE certainly is not!

Massi Boy is just a little bit overweight. He is also affectionate, sweet, loving and, despite his size, very playful. He loves playing with feather toys and getting chin rubs from people.

Massi is around 2 years old, neutered, vaccinated and good with other cats in his enclosure.

A few months ago, a good samaritan was driving through Muharraq and saw a bunch of children jumping and stomping on a helpless grey kitten. He stopped his car and managed to take the kitten away from them....and just in the nick of time as a few minutes later, she would have probably been beyond saving.

The beating left little Diana, as she’s been named, with severe injuries including spine damage. She was paralized for months and had to use her front legs to drag herself around.

The good news is, though, that after a long and painful recovery, Diana is now finally walking on all four legs again. She is still a bit shaky and sometimes falls as she walks, so her rescuer is looking for a home where she can be kept indoors and given the care and love she deserves.

Dennis was one of 52 cats that were rescued from a hoarder's house last year. He is around 7 years old, but still has a lot of kitten in him - he loves to play and chase his laser mouse. He also likes to kiss his humans….. a lot.

Dennis was adopted last month, but unfortunately it didn’t work out. The resident dog took a dislike to him and kept chasing him around the house, trying to bite him. Dennis was terrified of the dog (even though she was smaller than him and toothless), so after two weeks of hiding in the bedroom he returned to his original foster. 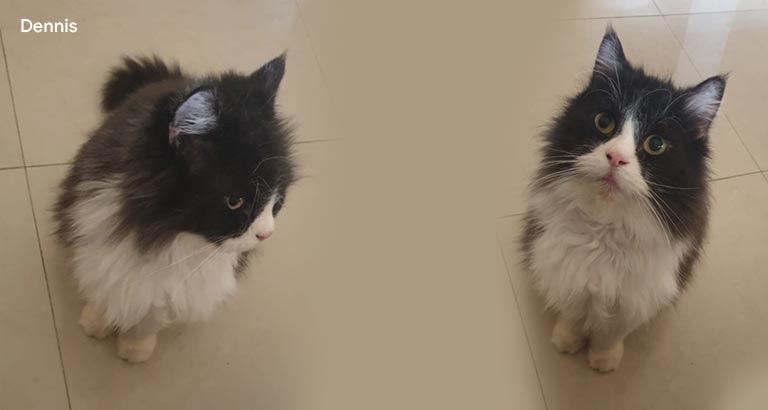 Dennis is healthy, neutered and vaccinated. He plays a bit rough though, so he might not be suitable for a family with very young children. He is good with friendly cats and shares a room with another foster Chalky. He will probably be ok with calmer dogs as well. Would you please give Dennis a chance?

If you would like to adopt any of the cats in the pictures above, kindly reach out to @miaowstarsbahrain on Instagram