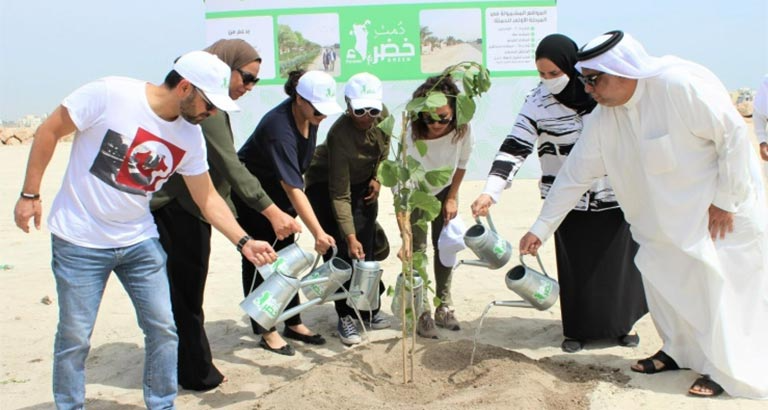 The planting, in cooperation with the Ministry of Works, Municipality Affairs and Urban Planning and the Supreme Council for the Environment, was supported by the Standard Chartered Bank – Bahrain.

It was the ultimate afforestation of the sites planned within the first phase of the Forever Green campaign in the Muharraq Governorate.

The support from Standard Chartered Bank – Bahrain reinforces national endeavours to expand the green area in the Kingdom and promote the environmental and agricultural sectors.

Standard Chartered Bank was represented by Head of Corporate Affairs Noora AlNusuf on behalf of the CEO, Head of Legal for Bahrain and the Middle East Deena Al Hilli, and other officers.

The "Forever Green" campaign was launched on October 20 under the patronage of HRH Princess Sabeeka bint Ibrahim Al Khalifa.

The campaign to turn Bahrain greener with the planting of 50,000 trees and shrubs aims to support the state's strategies through coordination with the public and private sectors to sustain the development of the agricultural sector in Bahrain.

It also seeks to highlight the aesthetic features of the Kingdom and its interest in agriculture as a historical heritage and strive to increase and expand the green area.