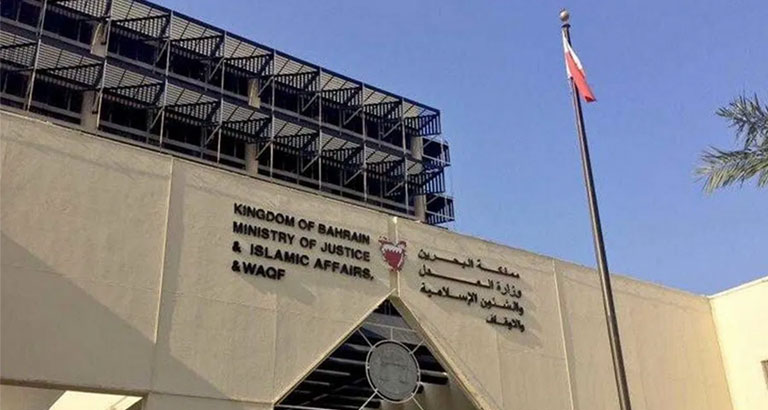 The Cassation Court has upheld the death sentence of two individuals accused of killing a police officer and attempting to kill others with an explosive device in an ambush in 2014.

Advocate General and head of the Public Prosecutor's Technical Office, Haroon Al Zayani, stated that the accused in the case had plotted to kill police officers and prepared an explosive device to use in the attack.

“Ensuing investigations revealed that the accused had a leading role in the attack as they plotted it and set up the ambush to lure and kill the officers. They along with their accomplices were then arrested,” he added.

The Public Prosecution charged the two accused and ten others with the premeditated killing of a police officer and attempting to kill other officers through a planned explosion. Other charges included possession of an explosive device and Molotov cocktails for a terrorist purpose, and participating in an illegal gathering during which the attack occurred. The charges were levelled under the Penal Code, the Protection of the Community Against Terrorist Acts Law and the Weapons and Ammunition Law.

On December 29, 2014, the High Criminal Court, in a unanimous decision, sentenced the two main accused to death, another to life in prison and the other nine to six years on some charges and acquitted them on others. The two accused and eight others appealed the sentences and the case was transferred to the Court of Appeals.

Throughout the trials before the three courts, the lawyers of all defendants, as required by the law, pleaded their cases both verbally and in writing and presented their legal arguments. The courts responded to the requests of the defendants and their lawyers, listened to the pleadings and to the testimonies of their witnesses.

The two accused sought before the courts to nullify their confessions, but the judges rejected the nullification, explaining that the verdict was based on the statements of the accused and the witnesses, and on technical and forensic reports that included the messages on the cellular phones that indicated the agreements and arrangements to coordinate and commit the crime.

“Following the verdict, the Special Investigation Unit (SIU) followed up on two complaints filed by the accused sentenced to death and investigated medical reports concerning one of them,” he said.

The SIU stated that the reports had not been seen by the court during the trial. “The matter was referred to the Public Prosecution who forwarded it to the Minister of Justice to assess whether a re-trial should be ordered in order to ensure that all aspects of the case are fully covered, justice is carried out and judges are aware of all details regarding the confessions,” he said.

The moves are in line with Article 253 of the Code of Criminal Procedures that stipulates that the judge "shall not base his judgement upon any evidence that has not been brought before him at the hearing", which is in accordance of Article 15 of the Convention against Torture.

The Minister of Justice presented a request to the President of the Cassation Court for a retrial to ensure full justice and the court sent the case back to a different High Court of Appeals for a new hearing.

The High Court of Appeals reviewed the case in a public session where the accused were present. The court heard the statements of the physicians who carried the medical procedures with them since their arrest as well as the testimonies of the witnesses of the lawyers and the public prosecution and the pleadings of the lawyers.

On January 8, 2020, the High Court of Appeals ruled unanimously to uphold the death sentence, arguing that the effects mentioned in the medical reports were inconsistent with the procedures of the police and the Public Prosecution and had no effect on the confessions that were given freely and consciously without any physical or moral coercion on the convicted persons.

The confessions were in accordance with the facts, the statements of the witnesses and other evidence, the court said.

Under Bahrain's law, the case was referred to the Court of Cassation that approved the verdict today after proving its integrity and agreement with the provisions of the law.

“15 judges reviewed the case in all the courts for six years and that they were all convinced that the evidence against the accused was legitimate and proved their criminal responsibility,” Mr. Al Zayani concluded.