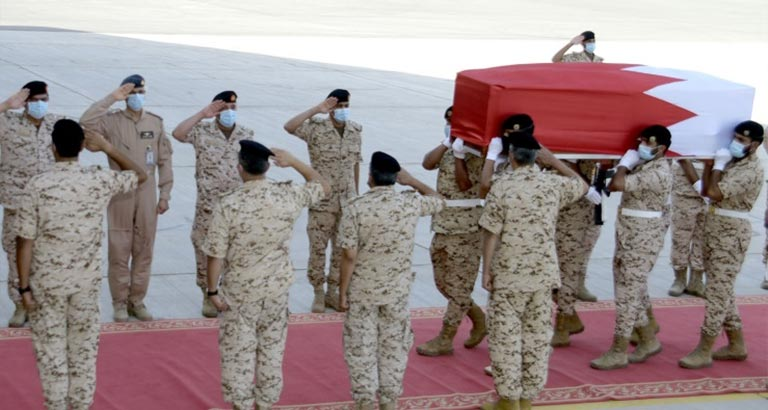 The Bahrain Defence Force (BDF) mourned Warrant Officer Juma’a Mubarak Salim, who lost his life while performing his duty within the BDF Taskforce operating within the Saudi-led Arab Coalition to Restore Legitimacy in Yemen.

BDF Commander-in-Chief, Field Marshal Shaikh Khalifa bin Ahmed Al Khalifa, offered, on behalf of all BDF affiliates, warmest condolences to the family of the fallen serviceman, praying to Allah the Almighty to rest his soul in eternal peace.

BDF Chief of Staff, Lieutenant-General Dheyab bin Saqr Al-Nuaimi, was today at the Isa Airbase to receive the body of the late soldier. The fallen soldier’s family and relatives were also present.

A military funeral was held for the body of the late serviceman, may Allah the Almighty rest his soul in eternal peace.