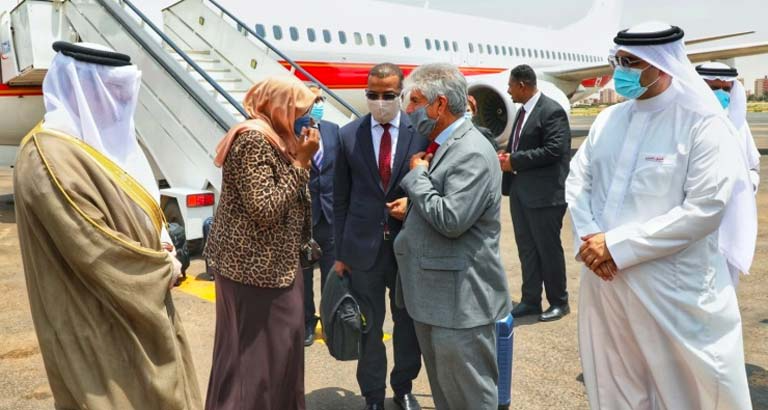 The Kingdom of Bahrain has today dispatched an urgent relief aid consignment to the Republic of Sudan, in the aftermath of the floods which devastated many states, causing human  and material losses.

Sudanese Ambassador Ibrahim Mohammed Al-Hassan Ahmed was at the airport to see off the delegation, paying tribute to HM the King for the humanitarian act, which reflects strong fraternal relations binding the two countries.