Bahrain, Here's How You Can Celebrate Saudi Arabia's National Day 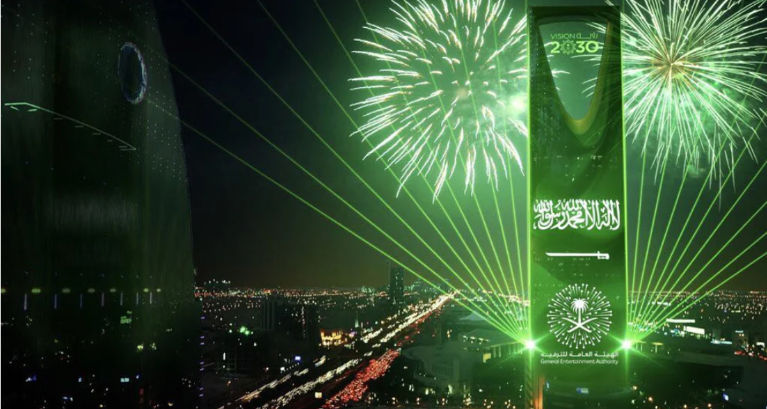 With Saudi National Day on its way, the Bahrain Tourism Authority has announced a range of cultural shows, traditional performances, craft showcases and more for us in Bahrain to celebrate the National day of our neighbouring Kingdom on September 23.

Throughout history, Saudi Arabia has been Bahrain’s unwavering ally through good times and bad, and so we celebrate our neighbours' Founding Day with warm camaraderie. The planned events will be held in multiple locations around Bahrain throughout September.

The Saudi Ardah is a traditional folkloric group dance, in which men wield swords or canes and beautifully embellished drums, engaging in a call-and-response style of spoken poetry. The dance is normally performed by warriors of the tribal groups of Saudi Arabia before going into battle, however, in modern times the dance is performed on special occasions.

Similar to the Ardah, much of the Gulf’s folklore and history are passed down by word of mouth in the forms of music, stories, poetry, and even puppetry! These traditional performances are the backbone of Bahraini and Saudi Arabian culture, so you won’t want to miss them!

Dhows are an integral part of Bahraini and Eastern Saudi culture, but you might not know that they were the sole mode of transport between Saudi Arabia and Bahrain before the construction of the King Fahd Causeway that now stretches between our Kingdoms. Steeped in history, Dhows are a focal point in the trade of pearls and other goods between Bahrain and Saudi Arabia, as well as a lifestyle for many fishermen, traders and pearl divers whose lives revolved around the vessels. The toils of Bahraini pearl divers have long been ingrained in the space between our two Kingdoms in the form of music such as Fijiri, one of Bahrain’s, and the Eastern Provence’s, most iconic traditional music styles.

It is widely known that Arab hospitality is unparalleled, and in celebration of our neighbouring Nation, it is only fitting to display the utmost kindness and generosity that we are known for.

If there’s one thing that Arabs unanimously adore, it’s music! Whether it’s a traditional rendition of a Bob Marley classic or old tributes to legendary artists from within the region and beyond, Arab musicians will always impart elements of traditional Arabic music in their art, regardless of how modern their style may be. With this being said, the arrangement of traditional Bahraini bands playing in celebration of Saudi National Day is sure to bring the citizens of both Bahrain and Saudi together.

In addition to cultural shows, there will be special offers and events for children on this special day. These can be found at Bilaj Al Jazayer beach, Mall of Dilmunia, Marassi beach and Water Garden City, and even children’s events at Lost Paradise of Dilmun water park.

We know Bahrain. For all the latest news, happenings and events click here.