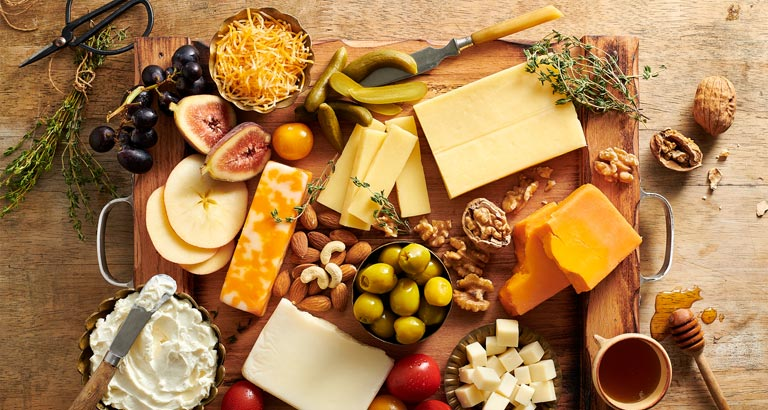 Bahrain’s demand for cheese has surged in recent years, with more than US$5.7m (BD2.15m) and 1,339 tonnes worth of the dairy delight imported into the Kingdom.

That’s according to the USA Cheese Guild, the body responsible for showcasing the creativity and versatility of the United States’ cheese industry. In a study published today, the group stated that demand for cheese from the USA in Bahrain and the wider Middle East is at an all-time high thanks to intensive awareness and trade campaigns, coupled with increasing consumer demand for new, innovative, flavourful, healthy, natural and convenient foods.

In recent years, the USA Cheese Guild has introduced a range of U.S cheesemakers to the region, resulting in significant inroads into the retail segment with several USA cheeses now available on shelves and deli counters of major supermarket chains in the Middle East.

"The popularity of USA cheese is a testament to its quality and varieties that suit every taste. With more than 1,000 types of cheese, there are many ways to consume USA cheeses. It is enjoyed around the world as a stand-alone food, as well as a versatile ingredient in food applications to suit every part of the day."

According to the USA Cheese Guild, the United States exports of cheese to the Middle East during 2020 is estimated at more than 16,800 tonnes, worth US$76 million (BD28.6M). In total, the United States produces nearly six million tonnes a year, which is more than France, Italy and Switzerland combined.

As part of the organisation’s drive to showcase the range of high-quality cheeses available, and the new and exciting ways of using them in fusion and local cuisine, the USA Cheese Guild has undertaken a multi-faceted educational approach to showcase the quality, taste, health and nutrition of USA cheese.

The body has collaborated with several organisations in the Middle East. These have included a culinary scholarship to allow young chefs to study, work and learn more about USA cheese in Dubai through the International Centre for Culinary Arts (ICCA) Dubai and the Emirates Culinary Guild.

In addition to the extensive educational programmes, a range of in-store activations to build consumer awareness has been launched, while participation at the forthcoming Gulfood in Dubai is further underscoring the USA cheese community's commitment to the region.

The United States has a rich and diverse history of cheesemaking, including cream cheese, Monterey Jack and Colby Jack often referred to as American Originals. However, thanks to a combination of new and old techniques, cheesemakers in the United States also produce some of the most sought-after and award-winning varieties on the market.