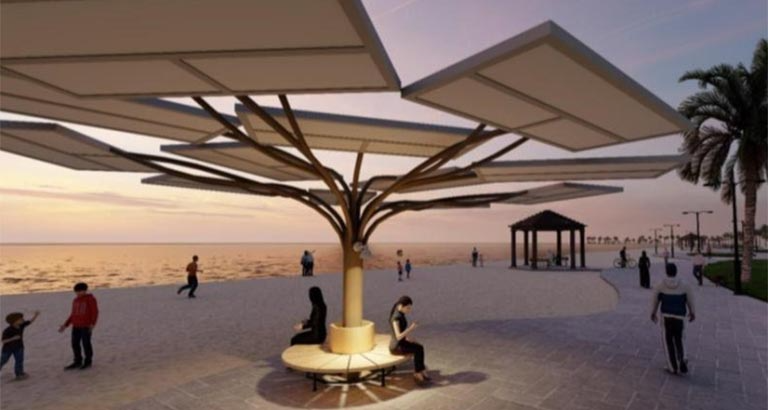 In a first for Bahrain, the National Initiative for Agricultural Development (NIAD) has launched the Solar Energy Trees project at the Askar coast.

The project features the construction of structures resembling trees that generate solar energy using photovoltaic (PV) panels. The energy is also used for the irrigation network and the electricity consumption is reduced by around 20 percent. The 1,200 meter-project includes shaded seating areas, children's rides, toilets, and green spaces. It also has modern shaded family areas equipped with energy-saving lighting.

The old lighting will be replaced with energy-saving lamps, making the coast the first walkway in Bahrain that features an integrated environmental system.

The Askar Coast Development Project is the first project of its kind in the Kingdom of Bahrain, is within the Kingdom's general environmental orientation, under the directives of His Majesty King Hamad bin Isa Al Khalifa and is a reflection of the interest of the government, headed by His Royal Highness Prince Salman bin Hamad Al Khalifa, the Crown Prince and Prime Minister in protecting the environment locally, regionally and internationally. 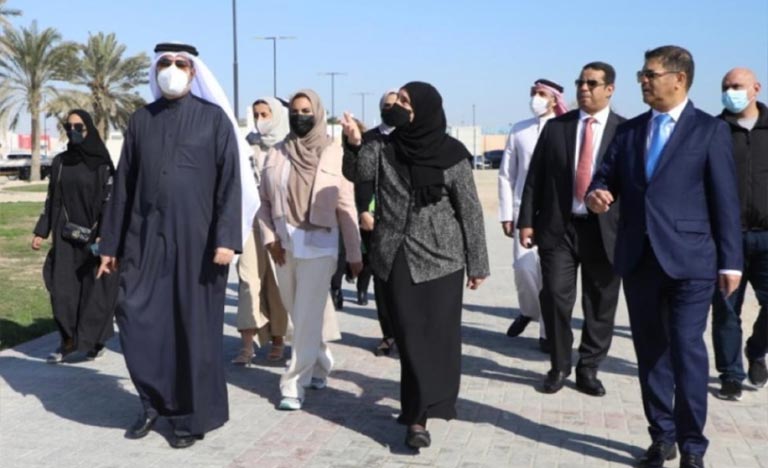 The project, in cooperation with the Southern Municipality and supported by BBK, aims to develop the Askar coast while using renewable energy to reduce waste and consumption and create a clean sustainable environment in line with the Kingdom Vision 2030.