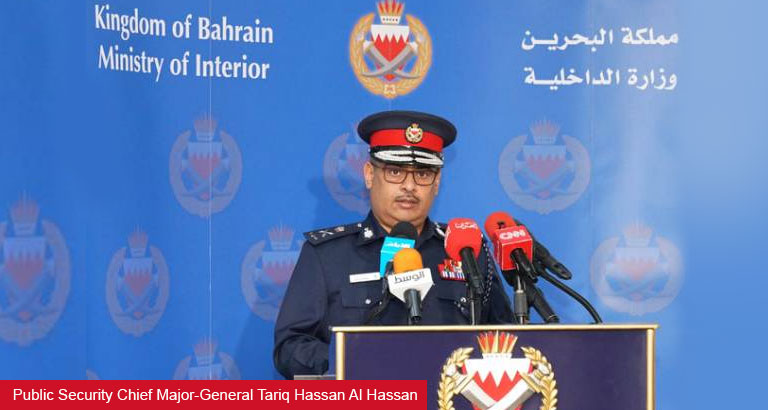 During the press conference, Lieutenant-General Tariq bin Hassan Al Hassan, Chief of Public Security, made an explanatory statement. “Legal measures will be taken with regards to any gathering of more than five people in public places, including, but not limited to markets, public parks and public beaches,” he said.

Furthermore, the Chief of Public Security underlined the importance of leaving at least a metre between individuals in any group in order to ensure everyone’s safety. “Article 121 of the Public Health Law established punishments for any person who refuses to implement any measures to prevent the spread of a disease,” he explained.

“The police directorates in the Kingdom’s governorates, represented by the Community Service Police, have organised awareness campaigns using several languages, with the aim of educating community members and foreign communities on the importance of following procedures and guidelines and avoiding gatherings,” he stated.

He stressed that all citizens and residents are requested to abide by the instructions and precautionary measures, emphasising that all legal measures will be utilised in the case of violations, with perpetrators referred to the Public Prosecution.