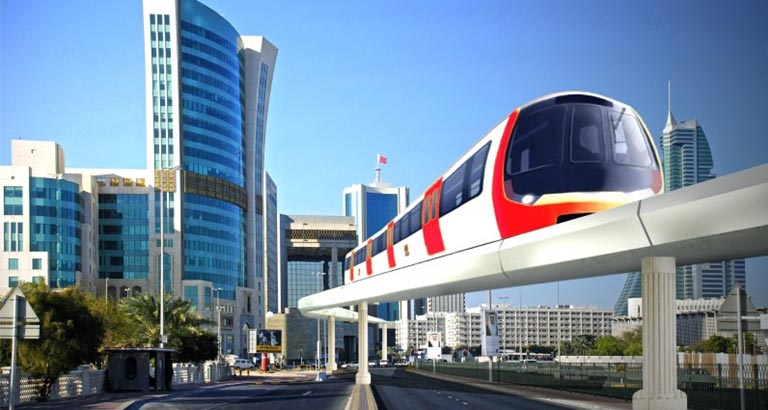 The long-awaited Bahrain Metro Project has moved a step closer to reality this week as the Kingdom’s Ministry of Transportation and Telecommunications (MTT) announced that it will host a global market sounding event on March 2 to introduce the project to international and regional contractors.

The virtual event is titled ‘Bahrain Metro Market Consultation’ and will encourage dialogue with the industry.

MTT aspires to develop a state-of-the-art public transport network with a fully automated driverless system leveraging the latest innovation and technology, while incorporating international standards and best practices and concurrently having the scope for scalability and providing the best value for money.

The Bahrain Metro Project envisages the development of a 109km urban transit network in a phased manner, which will comprise four transit lines.

The first phase of the metro system will consist of two lines with a total length of 29km, served by 20 stations, of which two stations will offer interchange from one line to another. The lines, which will be operated by driverless trains, are expected to be operational in 2027.

The first line, which will be served by nine stations, will connect the Airport to Seef Mall through Airport Avenue and King Faisal Highway, the Avenues Mall, Bab Al Bahrain and City Centre Bahrain. The second line will run from Juffair to the educational area in Isa Town, crossing the Al Fateh Highway, Diplomatic Area, Bab Al Bahrain reaching to Al Farooq Junction.

The two lines will be interconnected at Bab Al Bahrain and Al Farooq Junction stations. The system capacity will be 43,000 passengers per hour.

The project is expected to be tendered through a global competitive bidding process later in the year. The ministry has appointed a team comprising KPMG as the lead and financial advisor, Egis as the technical advisor and DLA Piper as the legal advisors.