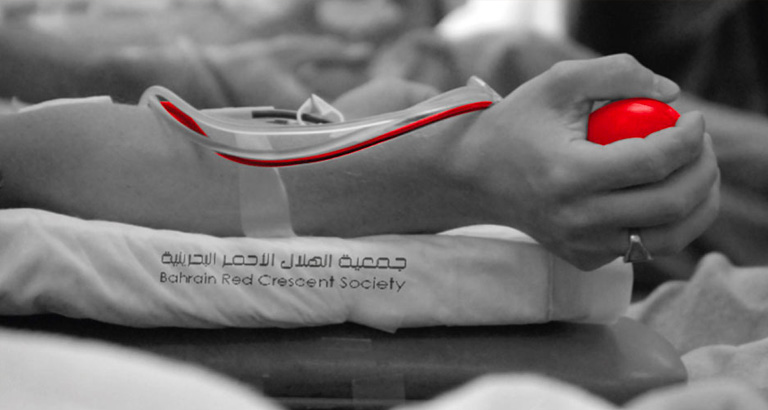 The Bahrain Red Crescent Society (BRCS) has announced its plans to organise a media campaign for the achievements of the Kingdom of Bahrain in the field of relief and international humanitarian work over the past fifty years.

This comes on the occasion of the Society's celebration of the 50th anniversary of its establishment as one of the oldest voluntary and humanitarian work societies in Bahrain and the region.

BRCS Director-General and Acting Secretary-General, Mubarak Al Hadi, stated that this campaign will include the preparation and issuance of many related publications and brochures, the production of documentary films, and the publication of media reports, in both Arabic and English. He added that this campaign’s content will be distributed to the partners in the International Red Cross and Red Crescent Movement which includes -as a global humanitarian network- about 80 million people around the world, in addition to 195 Red Crescent societies and bodies in various countries.

“The campaign’s content will focus on the contributions of the Bahrain Red Crescent Society as a representative of Bahrain in providing relief and humanitarian aid inside and outside the Kingdom of Bahrain. In addition to a special focus on international aid, as Bahrain has provided over the past years relief assistance to disaster areas in more than 33 countries and regions around the world, which were affected by natural disasters such as floods, earthquakes or epidemics, or wars and conflicts, beside Bahrain's assistance to the displaced persons and refugees in the region and the world.” he added.

He stressed that the Society works to fulfill most of the relief calls launched by the International Federation of Red Cross and Red Crescent Societies, and the General Secretariat of the Arab Red Crescent and Red Cross Societies Organization, for the possible contribution with the national societies to provide material and in-kind assistance for Arab and Islamic countries stricken and affected by natural disasters and wars, and such work had a prominent impact on the international level.

“It was planned that the celebrations of the 50th anniversary of the Bahrain Red Crescent Society will include a lot of things that rise to the status of the Kingdom of Bahrain on the international map of relief and humanitarian work, but the Society decided to celebrate this occasion in a manner that takes into account the precautionary measures adhered to tackle (COVID-19). ” he explained.

“However, after the country overcomes the pandemic, the Society looks forward to holding a ceremony to suit this memorable occasion, and it will include honoring the personalities that enriched the Society with its support, as well as honoring the Society’s senior members in appreciation of their valuable services” he added.

The first meeting of the founding committee of the Bahrain Red Crescent Society was held in the Manama Municipality Hall on January 28, 1970. It consisted of 24 founding members who were chosen from top businessmen and state employees.  The Society was established and registered with the relevant government agencies and the founding patent was issued by the late Amir of Bahrain, His Highness Shaikh Isa bin Salman Al Khalifa, may God have mercy on him, on June 29, 1970. And was recognized internationally by the International Committee of the Red Cross and the International Federation of Red Cross and Red Crescent Societies on September 14, 1972, and the Bahrain Red Crescent Society became member No. 116 of the international Red Crescent community.