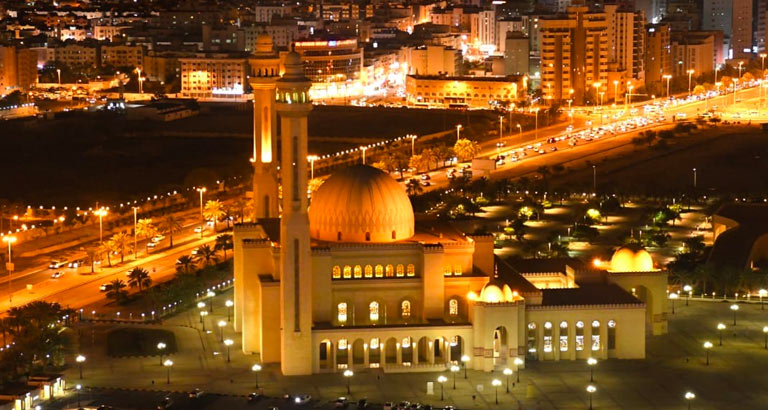 The Minister of Justice, Islamic Affairs and Endowments has stated that Al Fateh Mosque will be reopened for Friday prayers, but only the imam and five worshippers will perform the prayers.

"Al Fateh Mosque will be opened for Friday prayers by the imam and a limited number of no more than five people, with the obligation to wear masks, and under the supervision of the competent health authorities," said Shaikh Khalid bin Ali Al Khalifa.

"The aim is to broadcast the sermon through audio-visual media and enable listeners and viewers to benefit from it,” he explained.

The decision was taken in light of the directives of His Majesty King Hamad bin Isa Al Khalifa and following consultations with the Supreme Council for Islamic Affairs while following the recommendations of the national medical team to address the coronavirus (Covid-19) in Bahrain.

The Supreme Council for Islamic Affairs on Sunday said there was no objection to re-opening Al Fateh Mosque for a limited number of people under strict rules adopted by Bahrain regarding gatherings (no more than five people), social distancing (at least two meters) and wearing facemasks as it combats the coronavirus pandemic.

The ongoing circumstances suspended Friday and group prayers and gatherings, which led people to pray at home.

On March 10, the Council said there was no objection to suspending prayers in mosques.

According to the council, "If a virus spreads among people - God forbid - and becomes an epidemic, and human gatherings are a sure cause of infection, it is permissible to prevent Friday prayers, group prayers and gatherings, and people must commit to praying in their homes until the epidemic virus is eliminated.”