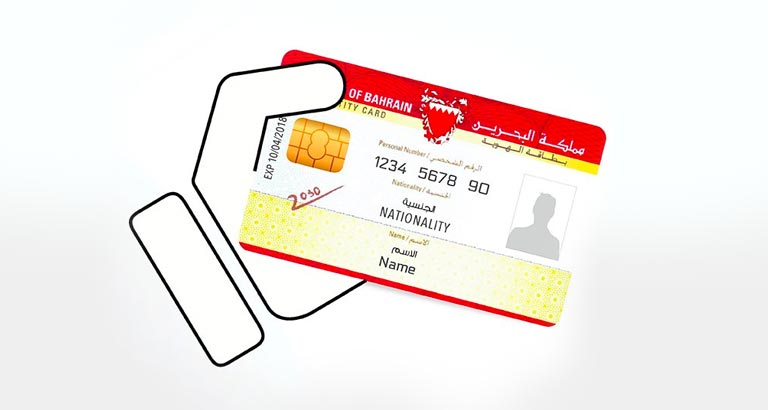 The Information & eGovernment Authority (iGA)  has revealed that ID card eService transactions have increased significantly in 2020 compared with last year.

The spike follows the launch of a comprehensive mix of ID card and population registry eServices in April 2020 in response to the directives of HRH Prince Salman bin Hamad Al Khalifa, the Crown Prince, Deputy Supreme Commander and First Deputy Prime Minister.

The eservices  launched by the Minister of Interior, Shaikh Rashid bin Abdulla Al Khalifa allows citizens and residents to benefit from these services that can now be conducted from the comfort of their homes exempting them from personal attendance to the service centers during these times.

“This is demonstrated by the 310% jump in the total number of identity card services transactions to 19,000, compared with 4,585 transactions completed in the same period last year in 2019, following the addition of the birth and address certification, qualification status update eservice in 2020,” he said.

The minister’s directives on ID card and population registry eServices are in line with social distancing measures to protect the health and safety of beneficiaries and employees as part of national efforts to limit the spread of the novel Coronavirus (COVID-19), he added.

“All these services can be availed via the National Portal, bahrain.bh and iGA’s digital channels. Eight of the eServices are new, including an ID card details update service via self-service kiosks, population registry updates, and declaration and pledge forms, as well as a number of address related services such as new address certification, and the updating or deleting of addresses listed in the system,” Al Qaed said.

In addition to improving the comprehensiveness of ID card eServices, precautionary measures being taken include the freezing of fingerprint update services for children four years and older due to the higher risk faced by this age group, the accepting of requests via the email address [email protected] to allow for swifter communication in the case of any problems with transactions conducted via the National Portal, a reduction in the working hours of service centers, and disinfections of all premises, including offices and waiting areas, every hour and a half.

These precautions have contributed to reducing the number of physical visits by beneficiaries, supporting national efforts to protect public health, he said.