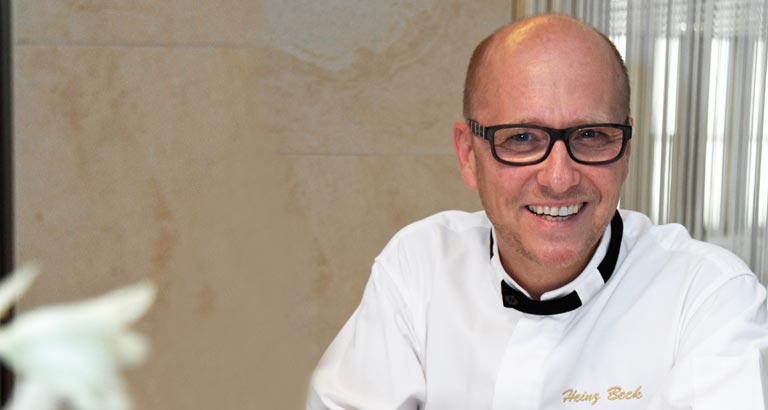 A star studded charity dinner will be organized by Culinaire & Beyond in collaboration with Capital Club on the October 16, and will serve a menu created by a three-Michelin-starred chef, specially fown in from Italy.

The charity dinner is part of the Bahrain Hospitality & Restaurant Expo (BHRE) 2018, which will be held from 14-17 October under the patronage of His Highness Shaikh Isa Bin Ali bin Khalifa Al Khalifa. Three-Michelin-star chef, Heinz Beck will be specially flown in from Italy to recreate his signature culinary magic for Bahrain’s food and beverage connoisseurs. An internationally renowned proprietor of a number of Michelin-starred restaurants, Heinz Beck has won several accolades for his innovative and adventurous cooking style.  The  German-born    chef runs La Pergola, Rome’s only three-Michelin-starred restaurant, along with ten other restaurants worldwide.

BHRE 2018, which includes a culinary "tour, forum and" exhibition, will allow participants and exhibitors to network and showcase their products "and services" to "key decision" makers in the hospitality sector. additionally, the expo is hosting the first regional culinary competition "with a" jury comprising of world renowned chefs.

It’s the first visit to Bahrain for the renowned chef, who will create a special menu with the help of Capital Club’s executive chef and his team. In addition a surprise menu will also be presented that demonstrates an innovative approach to culinary traditions. Twenty five present of the event’s proceeds will be shared between two nominated charities in Bahrain, namely Breast Cancer Society and Bahrain Cancer Society.  Sumeet  Jhingan, General Manager, Capital Club said, “We are very excited to host the three-Michelin-star    chef Heinz Beck and the culinary team of Capital Club is enthusiastic to work   with world renowned chef for a charity dinner that will feature an exclusive customized menu.”

Those interested in attending the event may contact the Capital Club directly in order to reserve their seats.