Cico’s Italian Restaurant: A Chat With Cico The Legend 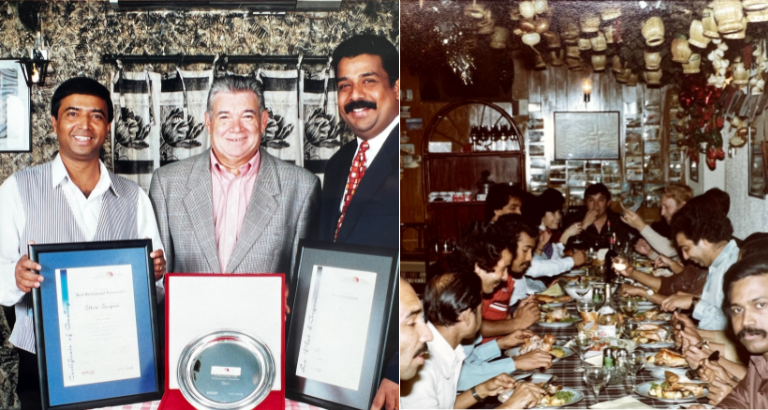 Adliya has grown to be a dining and entertainment hub in the Kingdom of Bahrain. Those who have been here long enough know that it was the establishment of the legendary Cico’s Italian Restaurant in 1978, that revolutionised the dining industry in the Kingdom.

On the occasion of Bahrain This Month’s 25th anniversary, Farrah Saville takes a trip down memory lane with the man behind the celebrated restaurant, Ettore Cicognini, better known as Cico to most people.

Now a landmark in the vibrant Adliya district, Cico’s Italian Restaurant was known for being a haven for the who's who of Bahrain’s high society, where diplomats, ministers, ambassadors, and international celebrities would gather. In fact, Grammy award winner Tony Bennet once visited the charming restaurant in its heyday – such was its popularity.

"I changed the game on calamari and squid in Bahrain. Fisherman used just to throw it back, but Cico’s sold it by the kilo; we changed the scene in Bahrain regarding dining and seafood,” says this master chef and restaurateur of Cico’s fame, but fish and seafood were not the only things he had on the Bahrain food scene all those years ago.

Cico's Italian Restaurant served northern and southern Italian cuisine, which was traditional yet modern at the time of its establishment. By 2005, Cico's was institutionalised as the ‘Best Restaurant’ at the International Hotel and Restaurant Awards in Madrid, Spain cementing its place on the world map as a dining establishment to visit. Its consistency of service, fresh and first-class produce, and authentic and welcoming atmosphere had paid off.

So, what's the story behind Cico’s? "I worked in a top-end brasserie in Park Lane in London. It was the 70s, and business was good. Then I met a Lebanese manager from Cathay Pacific, who wanted to open a nightclub and he invited me to Bahrain for three days,” says Cico.

Following his visit to the island, Cico had a conversation with his wife who agreed to giving the move a try saying “It won’t cost us anything.”

Their first few years were difficult as Cico was running a nightclub, and it wasn't making any money. “Nobody was paying their bill; it was a disaster! So, I left and had no job,” he says.

Cico soon met Faeiq Al Zayani and together they opened Cico’s restaurant. "I told him I'd managed a restaurant before and could start something in Bahrain. He gave me a little bit of money, and I bought a lot of stuff cheap to get Cico’s started. We started from nothing," he says proudly.

With Mr. Al Zayani’s help, they found a place in Adliya to open a restaurant. “I got my friend Peter - an architect- and his wife Lucia involved, and they helped me out. So, we started Cico’s with everything we had. In the beginning, I was doing everything; the cooking, the serving, washing up - everything," he explains.

“A good client designed the logo you can still see on the menu today,” he adds.

He changed the game regarding fine dining and upped the ante when his restaurant received a beverage licence which he said was a simple process.

Cico and his wife worked on the menu together, and insisted on serving only the freshest ingredients. So, he visited the fish market every day at 5am. Another way Cico ensured his ingredients were the best was by sourcing ingredients from Holland and, eventually, Italy, which included the freshest Parmesan cheese. "I slowly brought them all in, and they became famous with even local people buying some of the ingredients," he says.

He had also incorporated seafood into the menu, another groundbreaking move. "Hammour Arabic was one of my favourite dishes which grew to be very popular with diners. We grilled it and served it with lemon, garlic and parsley,” he says.

Cico believes that a big part of the restaurant's success was how staff were managed. "We made sure that staff were paid and that we paid for their visa, which was a lot of money back in those days. They were all under my sponsorship and happy to work for a long time. Once they started with me, they never left. They would cry if they had to go,” he says.

“I used to give them good wages, bought their uniforms, including their waistcoats, and even found their accommodation. They were never bothered about the work that the chef gave them, and were happy. I always looked after them,” he adds.

As the years rolled by, people wanted to partner with Cico to expand his business but he usually declined as the restaurant was keeping him busy enough. People complained that they couldn't even get a table. "We kept the restaurant going, and we just got busier and busier. We had a lot of high-level and international guests and celebrities from rock star Paul Young to the Palestinian ambassador,” he states.

"Even George Middleton, the publisher of Bahrain This Month, knew that Cico’s was the place to be seen. It became the meeting place for bank managers and other finance professionals treating their clients to lunch or dinner in the 70s and 80s. I worked very hard to keep Cico’s going and made sure we trained our staff from the kitchen to the front-of-house properly. Everyone was either at Cico’s or talking about Cico’s,” he laughs.

It's been 18 years since Cico left Bahrain - a place he thinks about daily. "I was friends with everybody when I lived there. I have so many pictures of so many people. I was an older friend to many… like a mentor. I don't know if anyone still remembers me; not many people keep in touch,” he says, adding that one of the people who often kept in touch from the restaurant was his Maitre D’, Francis, who was in charge when he left. Cico says: “I want to give thanks to the local people and business community of Bahrain for their support over the years, and wish them all the very best.”

After leaving Bahrain, Cico worked at several restaurants across the UK. The restaurateur currently lives in Guildford Surrey, UK, is now a grandfather of six and will soon be a great grandfather! He grows red and white roses in his garden as a daily reminder of his life in Bahrain. "It's a reminder of the flag,” he says.

During our Zoom call, he points at pictures from the restaurant, including many with customers, and photos of Bahrain.

While Cico’s was incredibly successful, his love for his children superseded his passion for the restaurant business in Bahrain. Cico’s restaurant meant a lot of time away from his children, and he missed them terribly. "It was tough when I came back to the UK from Bahrain," he says, explaining that the transition was not easy. 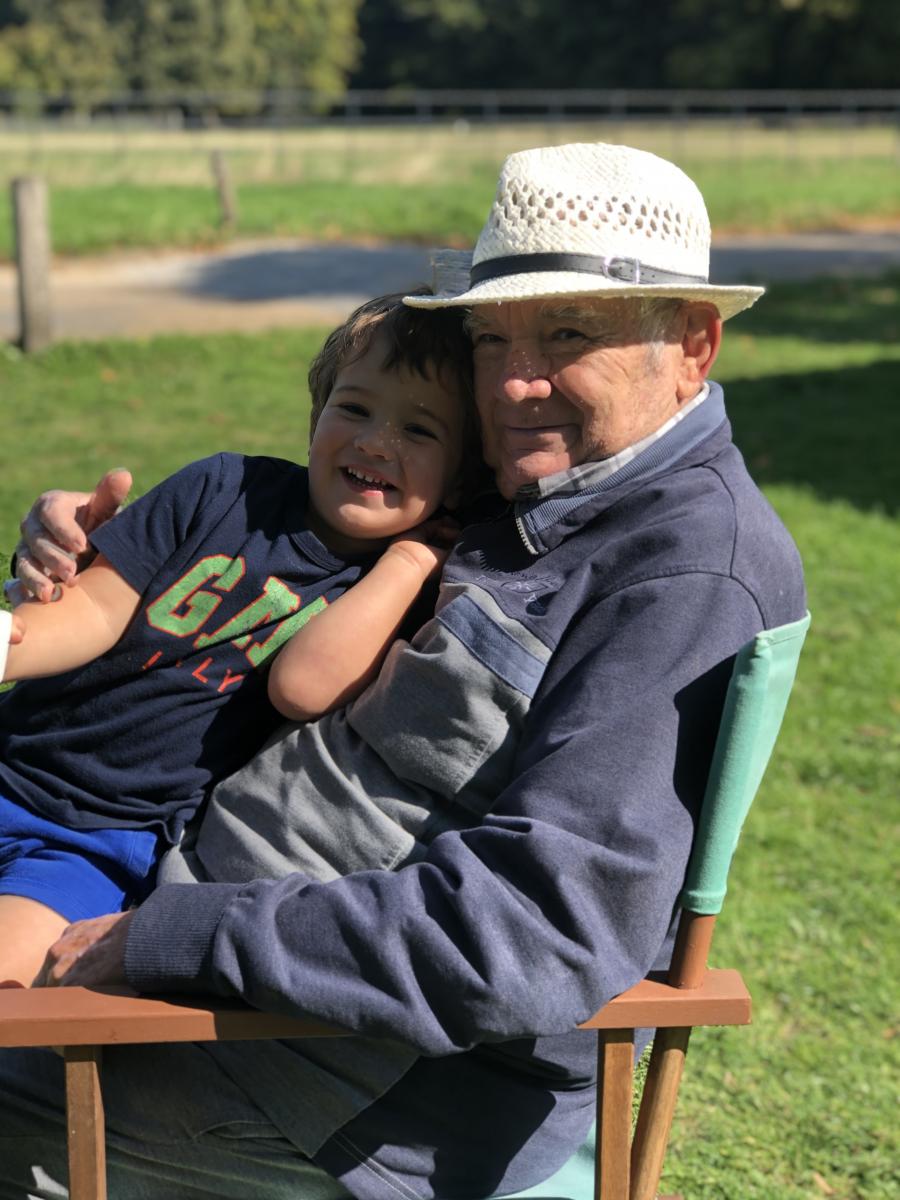 Cico says that his favourite memory of living in Bahrain is that he was happy. "I was delighted with the people of Bahrain, and I was making a good living. Sometimes, I used to finish at the restaurant at one or two in the morning, and by four or five I used to go to the markets to get my basket of fresh fish. That's one thing I know for sure - my fish was fresh every day,” he concludes.

We know Bahrain. For the latest news, information and happenings click here.