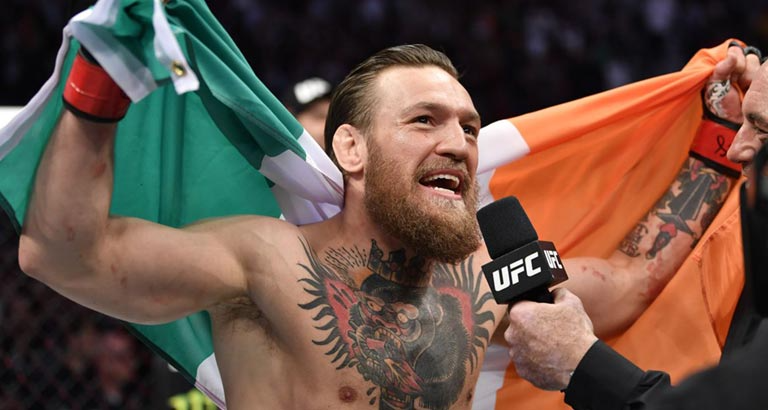 “Huge congratulations to you for your 50th MMA show,” McGregor said. “It was absolutely brilliant. I want to say thank you personally for creating these events for our fighters, the SBG fighters, Irish fighters and fighters all over the world.”

Training out of Straight Blast Gym (SBG) Ireland in Dublin, McGregor was one of the Ultimate Fighting Championship fighters who attended “Brave 13: Europe Evolution” at the SSE Arena in Belfast, Northern Ireland in 2018. It was the first ever BRAVE CF event held in Europe.

“It’s such a tough business and to have someone like yourself so invested in the sport is crucial for us and I want to say thank you for that so a huge congratulations to you, Shaikh Khalid, on your 50th MMA show,” the former UFC Lightweight Champion added. “Let’s go, Brave!”

Established on September 23, 2016, BRAVE CF is the only MMA promotion to visit 21 countries in five continents in its first 50 events. As the largest sports media property in the Middle East, it has acquired a large MMA market share in Asia with operations developing not only in the Middle Eastern countries but also in India, Indonesia, Kazakhstan, Kyrgyzstan, Pakistan and the Philippines.

In 2020, BRAVE CF was one of the MMA promotions that managed to hold events amid the coronavirus (COVID-19) pandemic. It held 12 events in 2020 in Slovenia, Romania, Sweden and Bahrain and collaborated with World Freefight Challenge, Real Xtreme Fighting and Bulldog Fight Night.