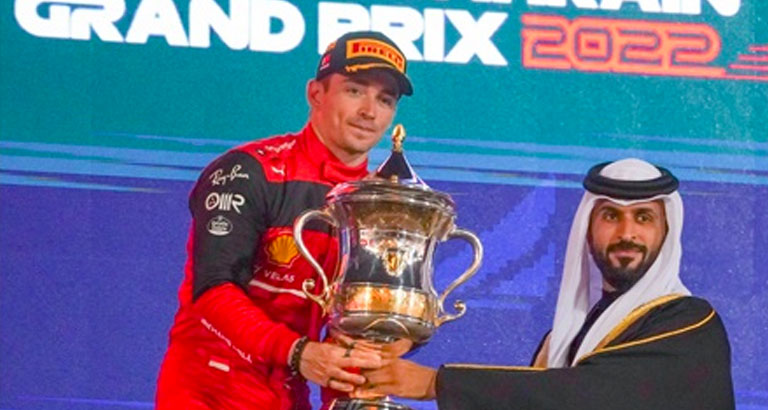 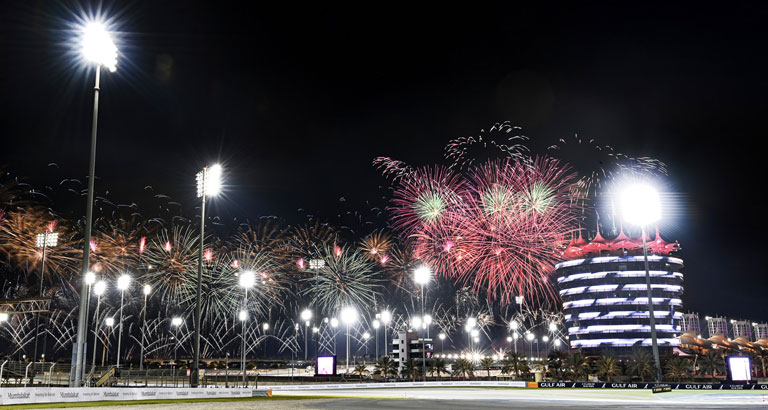 Leclerc made motorsport history after leading teammate Carlos Sainz to a spectacular one-two for Ferrari in an epic F1 Gulf Air Bahrain Grand Prix 2022, which took place in front of a record Race Day crowd at Bahrain International Circuit (BIC) in Sakhir.

The Monegasque driver was the brightest star racing under BIC’s lights in the once-in-a-generation event. It was the first time F1’s drivers and teams battled wheel-to-wheel following the sweeping new regulations and new 2022 cars introduced for this season, and it did not disappoint.

The desert sky was brilliantly lit with a stunning fireworks display as Leclerc crossed the finish line to claim the third victory of his F1 career and first in Bahrain. The chequered flag was waved by former Google Chairman Eric Schmidt.

Leclerc and Sainz were joined on the podium by seven-time drivers’ world champion Lewis Hamilton for constructors’ title-holders Mercedes. 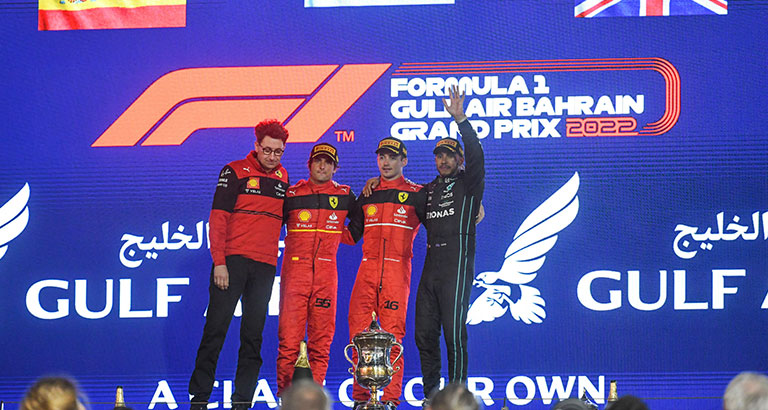 Leclerc’s pole-to-flag win wrapped up a dream weekend at “The Home of Motorsport in the Middle East”, as he also set the race’s fastest lap. It was also the first win for Ferrari in the FIA F1 World Championship since the 2019 season.

“So happy!” said an elated Leclerc after the race. “We knew this was a big opportunity for the team and the guys have done an incredible job building an amazing car. One-two today with Carlos, we couldn't hope for better. It's incredible to be back at the top.”