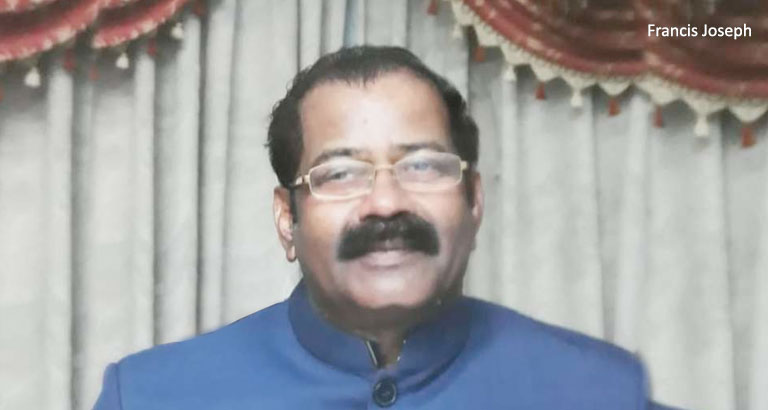 Humanitarian and former Bahrain resident Francis Joseph has died in India on September 19, aged 71.  A popular Indian community member, he was well known for his roles which included being president of the Indian Club for seven terms and co-founder of the Kerala Catholic Association KCA).

Joseph had lived in Bahrain from 1971 to 2014 and worked as a contract manager for Ahmed Mansoor Al A’ali Group.  He was admitted to Thiruvananthapuram’s Kerala Institute of Medical Sciences hospital about a week prior to his death. The funeral was on September 20 in Holy Cross Church, Muttada, Thiruvananthapuram.

Apart from being President of Indian Club and President and Patron of Kerala Catholic Association, he had served as Chairman of several organisations including the Coordination Council for Indian Associations, World Malayali Council, Kerala Christian Ecumenical Council, and Bahrain Expatriate Football League.

Praised for his varied charitable initiatives and community service work, he was also an active member of the Sacred Heart Church. The late Pope John Paul II had conferred on him the title of Chevalier in recognition of his consistent service to society.

Joseph, whose wife died last month, is survived by four children, three sons and a daughter. KCA held a condolence meeting in his honour on September 20 at its premises in Segaiya.